Rochester, NY -- (ReleaseWire) -- 11/15/2017 --Recon Technology Ltd. (NASDAQ:RCON) Is Leading The Way In The Chinese Crude Refinement Automation Industry. As energy needs increase throughout the world there has been a continual push to develop new ways to find and extract scarce resources, such as hydraulic fracturing, or fracking. Concurrently, engineers and companies the world over have looked to improve the methods to refine them once they are extracted. The biggest consumer of oil and gas in the world is the United States but China is rapidly gaining in this statistic. China falls in second and third for oil and gas consumption, respectively, in 2013 according to the CIA World Factbook and became the world's largest net importer of oil in 2014 according to the U.S. Energy Information Administration (EIA). As demand from China's population grows, the need to find more efficient means to produce and refine energy sources becomes even more critical.

According to the EIA, control of the Chinese oil and gas sector is through The National Development and Reform Commission (NDRC), a department of China's State Council. They are the primary policymaking, planning, and regulatory authority of the energy sector, while other ministries such as the Ministry of Commerce, the Ministry of Land and Resources, the Ministry of Environmental Protection, and the State Oceanic Administration oversee various components of the country's oil policy. The Chinese government launched the National Energy Administration (NEA) in 2008 to act as the key energy regulator. The NEA, linked with the NDRC, is charged with approving new energy projects in China, setting domestic wholesale energy prices, and implementing the central government's energy policies, among other duties.

Natural gas is China's fastest growing major fuel, with demand quadrupling in the past decade. Natural gas now accounts for 6 percent of China's energy demand, double the market share in 2007. In 2016, China's consumption of natural gas grew by 6.4 percent, reaching 224 billion cubic meters. China's domestic gas production in 2016 was 150 billion cubic meters, up by 2.2%, and China's gas imports increased 22 percent to reach 75 billion cubic meters. As China is moving forward with its plan to replace coal with cleaner and more efficient natural gas in power generation, the demand for gas is expected increase steadily in the long-run. The Chinese government expects gas to provide 10 percent of the country's energy by the end of the 13th Five-year Plan period (2016-2020).

China's oil and gas markets are mainly comprised of four national and provincial companies: PetroChina, Sinopec, China National Offshore Oil Corporation (CNOOC), and Yanchang Petroleum. Sinopec and Petro China account for the lion's share of Chinese refining with a combined share of 72% of total crude refining capacity in 2014 according to the EIA. Smaller companies have begun to gain ground quickly though. As reported by Xinhua News in February 2015, the National Development and Reform Commission (NDRC) announced a policy in early 2015 allowing local refiners to gain greater access to imported crude oil if they reduce excess capacity and remove facilities with less than 40,000 bbl/d in capacity, modernize or remove antiquated facilities, and build oil storage facilities.The refinery process transforms crude oil into useful products such as liquefied petroleum gas (LPG), gasoline or petrol, kerosene, jet fuel, diesel oil and fuel oils. Using distillation, the different boiling points allow the products to be separated. The advanced methods listed below are then employed to further process it into fuels and other products:

Automation of these processes has become a key factor for not only cost reduction but is also attributed with high information accuracy and worker safety. The value added to the industrial automation for the oil & gas industry was $12.76 Billion in 2016 according to a report by Marketsandmarkets.com. They list the various types of automation by solution below:

These solutions are used with field instruments, control valves, flow computers and leakage detection systems to create a safer and more efficient process. According to the repot, field instruments hold the largest share of the industrial automation market for oil and gas. These instruments are used for measuring, transmitting, and controlling the processes. They can be controlled and automated from a control room, making them a vital part of the industrial automation. Distributed control systems are expected to hold the largest share in 2017. They are connected to sensors, actuators, controllers, and control valves to control set point and complete the processing at oil & gas plants efficiently. The set point helps control the flow of material through the plant. Manufacturing execution systems are expected to grow at the highest rate in the next five years. They are online tools used for prioritizing and scheduling the processes of manufacturing according to the requirements. It prioritizes and manages the processes in oil & gas plants to carry out the process in an optimum manner. The market for leakage detection systems is expected to grow at a high rate as well. The industrial automation system is applied across various processes in the oil & gas industry, which include a huge number of pipelines and transportation of oil & gas over long distances. The leakage detection system helps the operator to detect, analyze, and take the correct steps of action required to curb the leakage of these precious and hazardous petroleum liquids and gases

The Middle East and Africa currently hold the largest share of the overall industrial automation market for oil & gas due to the large number of oil reserves and refineries in this region. The market in Asia-Pacific (NASDAQ:APAC), however is expected to grow at the highest rate due to the increased number of refineries and the increasing consumption of petroleum products. China had 95 refineries in 2013, as reported by the Library of Congress. Additionally, their industry has changed in order to increase capacity by shutting down many smaller refineries, building new/bigger refineries, and expanding its downstream presence. The world's total refining production capacity is estimated at 82 million barrels per calendar day. The APAC market for industrial automation is supported by various exhibitions and summits which promote the latest automation equipment and technologies.

With all the changes going on in the industry, companies are emerging to meet the demand of automation in order to add value and provide a competitive edge for its clients. One of those companies is Recon Technology Ltd. Formed in 1999 as Beijing BHD Petroleum Technology Ltd., the company transitioned to Nanjing Recon Technology, ltd. in 2003 and in 2009 became China's first non-state owned oil and gas field service company to be listed on Nasdaq (NASDAQ:RCON). Recon's primary customers are CNPC (SEHK: 0135) and Sinopec (NYSE:SNP), previously mentioned as the top two refinery companies in China. Recon supplies these companies with advanced automated technologies, efficient gathering and transportation equipment and reservoir stimulation products for increasing petroleum extraction levels, reducing impurities and lowering production costs. They currently own or having applied for over 50 patents registered with the State Intellectual Property Office. These patents cover Recon's automated products and heating related equipment for the petroleum industry, and provided capitalization to continue to improve this part of the company.

As we move forward and the world continues to grow globally, both the population and the per-capita demand for energy are expected to increase exponentially. With this premise, companies that contribute to the process of making crude extraction and refinement safer and more efficient have the potential to become an invaluable part of future advancements.

Disclaimer:
Except for the historical information presented herein, matters discussed in this article contain forward-looking statements that are subject to certain risks and uncertainties that could cause actual results to differ materially from any future results, performance or achievements expressed or implied by such statements. INS Consulting which owns http://www.InvestorNewsSource.com, is not registered with any financial or securities regulatory authority, and does not provide nor claims to provide investment advice or recommendations to readers of this release. For making specific investment decisions, readers should seek their own advice. 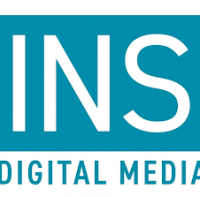