Scottsdale, AZ -- (ReleaseWire) -- 02/07/2007 --The real estate market for Scottsdale and the rest of the Greater Phoenix area is expected to pick up steam in 2007 and 2008 according to the latest forecast by the NATIONAL ASSOCIATION OF REALTORS (NAR).

None of the allure of Scottsdale and the rest of the Valley has subsided. If anything it has strengthened

These trends are already playing out with local Realtors. According to Echo Farrell of AZ Sonora Homes, an experienced Realtor who specializes in Scottsdale, Phoenix, Paradise Valley and Fountain Hills, the market is already showing signs of a strong resurgence.

"What we're seeing right now in Scottsdale and the Greater Phoenix area is that the real estate market is healthy and getting stronger every day," says Farrell. "It was pretty clear to anyone who follows the economic and housing trends in this area that any downturn was going to be temporary. I see it every day in the rising number of sales and inquiries we're getting. Homebuyer confidence has improved dramatically."

In contrast to the volatile, spiking nature of the real estate market of the last few years, the Scottsdale and Greater Phoenix market of 2007 is expected to see steady increases in home sales and values according to the NAR forecast.

Rapid growth makes the Phoenix area unique to the rest of the country. The Phoenix area is projected to continue experiencing population growth three times the national average, with roughly 400 people moving to the Valley each day. Such growth, combined with a strong job market and competitive cost of living, will continue to make Scottsdale, Phoenix and surrounding cities hot markets for real estate buyers and sellers, according to Farrell.

"None of the allure of Scottsdale and the rest of the Valley has subsided. If anything it has strengthened," points out Farrell. "The weather, the economy, the resort-like lifestyle…these are the things that make the Valley of the Sun so appealing for new residents. These are the elements that will ultimately keep our real estate market consistently strong."

Those wishing to learn more about Arizona's home market, or wishing to purchase or sell a home, can contact Echo Farrell at http://www.azsonorahomes.com/contact.html or by phone at (480) 607-9990. 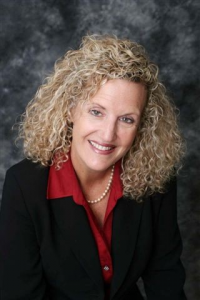