Perkasie, PA -- (ReleaseWire) -- 02/26/2007 --Since November 2005, display industry expert Alfred Poor has published “Professor Poor’s Weekly Price Intelligence Report” at his HDTV Resource Center site at http://hdtvprofessor.com. Each week, the report lists all the advertised prices for HDTVs from all the major national retailers. Now the report has been redesigned to make it even more useful to people shopping for HDTVs.

“I provided information from each retailer sorted by display size and price,” said Poor. “This helped readers of the report to compare prices quickly. But then I got feedback from readers that in addition to the brand and technology information, they also wanted to know the specific product model that was advertised.”

As a result, the “Intelligence Report” has been redesigned. Just for this purpose, he has created a database that lists individual products by model number, and includes the brand name, the size, and the display technology. It also records the resolution offered by the product — 720p or 1080p for HDTVs, EDTV or SDTV for others — and whether or not the model includes a digital tuner which is required to get free, over-the-air broadcasts of HDTV programming.

All of this information is reported for the current week’s advertisements, along with the name of the store and its advertised price. The report is published every Tuesday, and is produced as a downloadable file using Adobe Acrobat PDF format, available instantly after purchase from the HDTV Resource Center.

To help launch the expanded version of “Professor Poor’s Weekly Price Intelligence Report”, it is offered at half the regular price for the next three months. Instead of $9.95 per issue, it is priced at just $5.95. And for a limited time, buyers of the report will also get a $5 discount off Alfred Poor’s popular book, “Professor Poor’s Guide to Buying HDTV” which is also available online at the HDTV Resource Center.

Alfred Poor’s HDTV Resource Center is a free Web site that contains information and links to resources designed to help people make good decisions about purchasing HDTV products and services. One of the key elements of the site is the widely-read HDTV Almanac, a free daily compendium of news and original commentary about HDTV and related home entertainment topics.

Alfred Poor has an international reputation in the display industry. He brings more than 22 years of experience as a freelance writer and technology consultant, with particular expertise in display technology. He has written extensively about displays for the computer trade press; he was affiliated with PC Magazine for more than 20 years, where he was a Contributing Editor until March 2005, and was the magazine’s first Lead Analyst for Business Displays. He has played key roles in display product testing for PC Magazine; he developed the rigorous testing protocols for monitor and projectors that have become the standard for product comparison. He is a columnist with Computer Shopper Magazine, where his “Alfred Poor’s Computer Cures” column has appeared for nearly 13 years, helping millions of readers with their troubleshooting questions. He now is a Senior Research Associate at Pacific Media Associates. He was a charter member and past Chair of the Display of the Year Awards Committee for Society for Information Display (SID), and is currently the Chair of the Delaware Valley Chapter of SID. He was also a Contributing Editor with SID’s magazine, Information Display, for which he edited or wrote more than 100 articles in recent years. 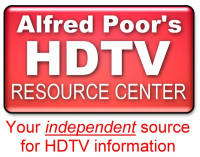