Lansdowne, Ontario -- (ReleaseWire) -- 07/11/2007 -- The Ocean Cooperative Agency, one of the online world’s oldest editorial services, has announced that Nicki Alexander of Nashville has won the agency’s Novel of Promise literary award for February. The winning submission was Arrival in the Five Points, the opening chapter of Alexander’s novel The Squalor of Dreams, itself the first volume of a nearly-completed trilogy.

The Ocean Cooperative established the Novel of Promise literary awards program to encourage new novelists and awards the prize several times each year on the basis of a single submitted chapter of an unpublished novel.

Robert Buckland, editor-in-chief at Ocean Cooperative (www.oceancooperative.com), said that the competition judges had little difficulty in choosing Alexander’s entry from a strong field of contenders.

“Publishers need to see this work, though it may be too much for the weaker ones. Is it gangsta lit? Erotica? Romance? It’s all of these, in fact, but first and foremost a galloping historical ride through the bowels of nineteenth-century America. The Squalor of Dreams smacks your face with race, prostitution, abortion, godlessness, love and hope. The voice of its protagonist, Lala Concepcion King, is going to stick with you.”

Despite the story’s carefully researched grounding in its period, author Nicki Alexander, born and raised in the South and a National Achievement scholar, weaves into its fabric elements readers will recognize from present-day culture.

“High Yella King is Lala’s son and in many ways he’s today’s urban black male. Good or bad, he’s the son of a single mother, has no contact with his father, is filled with rage and viewed by white men as possibly crazed. He’s promiscuous to the extreme, violent and profane. His mother is in some ways the sort of mother who raises serial killers. Through her life, though not completely of her making, High is made precocious with regard to sex and the exploitation of others’ weakness. He cannot reliably be guided by his mother or protected by her. They literally grew up together.”

Buckland explained that the Novel of Promise Award, by recognizing promise in work unpublished or still underway, is intended to encourage a process, not reward a task completed. For this reason, the literary competition is held every month and the prizes associated with the award are relevant to new writers: editorial support and commentary, online promotion, and entry into the agency’s annual New Novel competition, whose winner is represented for publication by the Ocean Cooperative agency.

“There are no fees or other strings attached to the Novel of Promise program,” Buckland said, “as is sadly the case with so many writing competitions. It’s open to all, writers may enter repeatedly, and entry can in no way encumber the author’s future success. Our aim is to nurture and encourage people embarked on a long and sometimes difficult challenge.”

The Ocean Cooperative, which lists Random House and Cornell University among its recent clients, was founded in 1996 to offer editorial support to English-language writers. More recently, the service has expanded to include a broad spectrum of support for new and established authors who want to see their books published.

Competition rules and details are available on the Ocean Cooperative website at http://www.oceancooperative.com.

Nicki Alexander is currently discussing representation of her work.

Follow The Business of Words and the Ocean Cooperative 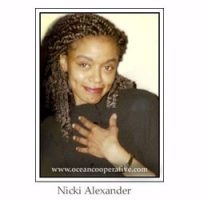 Source: The Business of Words and the Ocean Cooperative
Posted Wednesday, July 11, 2007 at 8:53 AM CDT - Permalink