Doha, Qatar -- (ReleaseWire) -- 12/01/2014 --A leading contractor based in Doha sees total infrastructure investments in Qatar breaching the $200bn mark in the next 10 years.

Mohamad Moataz Al Khayyat, CEO, Al Khayyat Contracting and Trading, a leading international design and build company with its main headquarters in Doha, says state spending alone has been estimated to reach $160bn. He believes, however, that additional investments will pour in from the private sector to complement what the government is doing to boost infrastructure development in the country.

Preparations for the World Cup, though a government driven activity, will also see external investments being made outside state funding to cash in on the windfall expected from staging the world's biggest sporting event. The retail industry will open up, as will the F&B sector. Tourism and hospitality will see further activity, beyond what the government is planning," said Al Khayyat.

The infrastructure spending is expected to boost Qatar's non-oil economy, which EFG-Hermes predicts will expand by as much as 16 per cent year from next year until 2018.

The latest Arcadis Global Infrastructure Investment Spending Index already ranks Qatar as the second most attractive infrastructure investment destination in the world, behind only Singapore. "In the Gulf region, it leads all other nations and has maintained this ranking for the past two years - an affirmation of investor confidence in the country's potential to attract investments over and above what the state will spend," added Al Khayyat.

While the future prospects for Qatar's infrastructure projects market look promising, supply and construction costs issues will eventually surface and must have to be addressed. Al Khayyat is currently developing many projects, and is feeling the burden of rising construction costs. By Al Khayyat's estimates, prices of construction materials have increased by as much as 5-10% in the last twelve months.

Qatar has set its sights beyond the staging of the World Cup, ensuring the assets it has built over the next decade will have productive use beyond the event. "The infrastructure that will be put in place over the next few years, will accommodate the expected influx of tourists and new expatriate workers as Qatar's economy continues to grow. The stadiums are already being earmarked for use by local clubs and tournaments as well as regional sporting events," explained Al Khayyat.

Doha certainly has the liquidity and financial might to make its emboldened ambitions happen. But the private sector will also have a role to play in contributing to the future growth of Qatar.

About Khayyat Contracting and Trading
Khayyat Contracting and Trading (KCT) is a general construction company which has prominently emerged as a key construction contractor in Qatar with visionary leadership and highly experienced management. Its primary mission is to translate its vast professional expertise into construction landmarks within the potential of Qatari emerging markets by providing the highest level of integrity, innovative solutions, and continuous Client support. 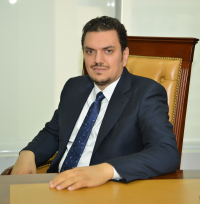