MiraCor has launched an Indiegogo campaign in order to introduce their ground-breaking sportswear innovation to the public. MiraCor® “Diffusion Technology” is guaranteed to forever change the way people see sweaty problems.

Minneapolis, MN -- (ReleaseWire) -- 12/03/2014 --MiraCor International Corp. has launched a crowdfunding campaign on Indiegogo in order to bring their newest innovation in performance knits to the public. This campaign was launched on October 27th and has a funding goal of $35,000, which the MiraCor team hopes to raise before the end of their campaign on December 14th so they can revolutionize the sportswear industry. MiraCor® is a state-of-the-art fabric innovation that will change the way people see "sweaty" work-outs and daily activities. The creators state, "MiraCor Diffusion™ fabrics finally achieve and sustain unequaled dryness next to the skin to provide long-sought-after comfort, heightened performance and hygiene benefits from sports, fitness and outdoor active wear apparel."

Similar to the way that Lycra is added to sportswear to help tight-fitting garments keep their shape, MiraCor® is an ingredient that manufacturers can use in clothing production in order to produce high quality apparel that is capable of keeping a person comfortably dry even during the most rigorous work-out. Garments produced with MiraCor have been shown to be 13 times more effective at transferring sweat away from the skin, and can keep up with all activity levels, any lifestyle and virtually any environment. Even the sweaty humidity of Florida is powerless against the innovative MiraCor Diffusion™ technology.

MiraCor has been dermatologically tested and approved, in a 3-phase test occurring over a 12 month period. The team has diligently engaged in prolonged research and intense scrutiny from: Textile Research Institute (T.R.I.) at Princeton University, Institute of Environmental Research (I.E.R.) at Kansas State University, Hohenstein Institute in Munich, Germany and Dermatological Clinic at University of Modena in Italy where MiraCor was dermatologically tested and certified. The groundbreaking MiraCor® Diffusion Technology has also undergone intense academic scrutiny from research scientists and toxicology clinicians at a 30 billion dollar Dow Industrial Company that concluded, "This new science is the single-most important comfort factor in the entire body clothing climate system." The team has also engaged in several months of field trials in order to test the true performance of clothing items produced using MiraCor technology. These trials involved experienced climbers in the Himalayas, Arctic expeditions, high-altitude ski adventures in Canada, and Olympic track and field athletes. MiraCor also engaged the assistance of high-profile outdoor retailers who had field trials completed by their own staff.

Now that the company has concluded the research and testing phase, the MiraCor team is ready to begin the final stages in production so that they can officially release their innovative MiraCor Diffusion technology based products to the public. With this ultimate goal in mind, they are reaching out to the crowd via their Indiegogo campaign. As an added bonus with this campaign, the team is offering several perks to their supporters. These perks, which serve as funding incentives, range in value from a "Follow Us Reward" which allows a funder to follow the campaign with a small donation, to gift rewards that are valid toward purchase, various merchandise items, and the chance to pre-purchase MiraCor performance apparel at a greatly discounted price.

About MiraCor International Corp.
MiraCor International Group is a global "fiber and fabric innovation" company that was founded by Peter Wittig who has been associated with the apparel and textile industries his entire career. Their latest Diffusion Science achievements are guaranteed to change the way people solve "sweaty" problems. The Diffusion knits provide increased comfort, heightened performance, and hygiene benefits from performance wear and intimate apparel. The Nobel Prize in chemistry was awarded to George Wittig, Ph.D. for his accomplishment that made possible this one-of-a-kind microfiber that solves persistent "sweaty" problems for Every Body.

To learn more about the MiraCor crowdfunding project Click Here

To contact via email write to Peter Wittig at: miracor@comcast.net 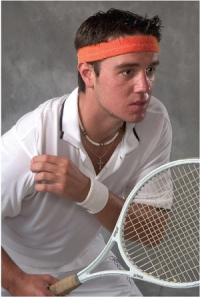