Acadia Malibu's program, Acadia Farms succeeding in removing the stigma of addiction as evident in a Young Adult client with a green thumb and support of California based company, Malibu Compost

Los Angeles, CA -- (ReleaseWire) -- 12/09/2014 --Since opening their doors in 2010, Acadia Malibu has been leading the way with addiction treatment programs that turn young adults into productive members of society with strong sobriety and vocational strengths. With an intuitively created program focusing on the Failure to Launch client, Acadia Malibu offers an array of theraputic modalities, such as Equine and Gardening Therapy, that seek to help engage the client's sense of self-esteem and build confidence in their ability to contribute to society in a meaningful way.

In June of 2013, Acadia Malibu, launched their exciting organic farm project, Acadia Farms. With six acres of lush, fertile land perched above the Pacific ocean, Acadia Farms is Acadia Malibu's multi-purpose program that not only provides clients with a source of income and work experience, whether it's in marketing, horticulture, administration for its clients, but just as important, it lifts the stigma of addiction in society. Especially in Malibu, where treatment centers are often villianized, Acadia Malibu's goal is to show a new side of their clients to the larger community. Not only are they fully contributing members of society, but they are actually feeding and nourishing their neighbors.

A little over a year later, Acadia Farms has flourished in more ways than one and their client, Jared DeFrancesco, is a fully actualized representation of how someone can thrive in recovery by engrossing him/herself into all that Acadia Malibu has to offer. His story is of course uniquely his own, but it found a new direction while researching recovery centers online with his Mother. Having owned his own farm in Vermont prior to going into recovery, Acadia Malibu was undeniably appealing to him considering their experiential therapy services but he was also drawn to their non-judmental and supportive approach to their clients.

Upon his arrival approximately three months ago, 29 year old, Jared is now an intricate part of the Acadia community. He helps manage the garden at Acadia Farms, works side by side with other clients as well as provides lessons for those simply interested in knowing how to identify the different produce in its most raw form. Through his work in the garden, Jared also made a friend in Malibu local and Co-Founder of Malibu Compost, Randy Ritchie. Jared had done his research and knew that Malibu Compost is the only soil company in the U.S. who can claim to be GMO-free, pesticide-free, herbicide-free and fungicide-free because they are the only company in the country who test for such things. When he called for a quote on soil, unbeknownst to him, the person whom he had spoken to on the phone let Randy know that someone from a local Malibu recovery center had called regarding soil for their gardening therapy program. Intrigued, Randy contacted Jared to learn more and asked to visit him and hear more about the project.

"I was interested on a couple of counts; it was a Malibu recovery project and that they wanted to grow organically. Jared had sought us out because our compost and soils are certified biodynamic and organic. I knew I had to meet up with Jared and see first hand the Acadia Farms project in action. Once I did, I realized that we wanted to be a part of this program and help out wherever we could," explained Randy. Within the next two months that followed their initial meeting, Randy along with Jared and his fellow Acadia peers in recovery helped nourish an abundant harvest of Kale, Swiss Chard, Asian Greens, Beets, Carrots, and Broccoli along with fruits: Strawberries and Tomatoes, and herbs: Sage, Thyme, Rosemary, and Lavender. Many of which made special appearances at the Acadia Malibu Thanksgiving table and will certainly show up again for December holiday celebrations.

Co-founder, Evan Haines enthuses "Based on his strong interest in gardening, I was glad to get him involved with Acadia Farms. But I had no idea it was going to be such perfect fit! This project is going to be huge. It is really taking on a life of it's own with Jared's help." He went onto say, "Jared really embodies what we hope for in our clients at Acadia. He has found a real sense of connection in his new life in recovery. After his treatment is complete, I'm hoping to keep him in the Acadia Malibu community, not only through our Alumni Program, but as a staff member who can help engage future clients through this very special garden."

Up next for the Acadia Farms, Evan says, "The long-term goal is to grow enough Kale to begin producing Kale Chips to sell at local markets, such as the Malibu Farmers Market." As for Jared, he and Randy plan to host a Compost Tea Workshop for the Acadia community, to teach budding gardeners how to create this effective and natural fertilizer for seedlings and garden plants. When asked how he felt about the possibility of working with Acadia once his treatment was complete, looking out over the garden he helped grow, Jared says calmly, "That's my long-term goal."

About Acadia Malibu
In 2010, Evan Haines and Jared Valentine founded Acadia Malibu, which, in less than four years, has become one of the most successful addiction and recovery centers in Malibu with multi-purpose properties throughout the area. Acadia Malibu and their talented staff, including well-known drug counselor, Bob Forrest as their Program Director, and Suzi Landolphi who's highly acclaimed for her work in Equine Therapy as their Director of Clinical Care, believe recovery is made possible through shared experience. With insurance, Acadia Malibu is a lower cost alternative to traditional inpatient drug treatment with an emphasis in non-judgmental client care and a focus on long-term, community based care for effective and lasting recovery. 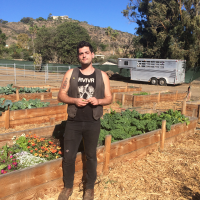 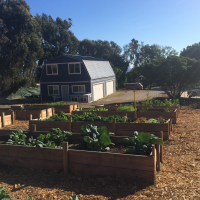 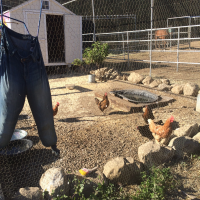 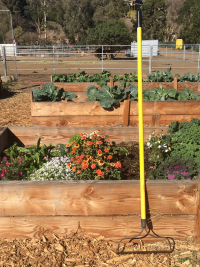 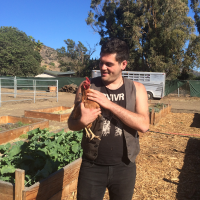