Toronto, ON -- (ReleaseWire) -- 12/08/2014 --Productivity Media Income Fund I LP announced today that it has recently completed a funding facility to further its production senior loan business. This will allow the Fund to continue its work serving the independent film and television production sector predominantly in Canada, US and the UK.

Productivity Media's President Andrew Chang-Sang said, "We spent our first two years proving our enhanced model to both producers and investors and the results have exceeded our initial expectations. This commitment provides solid backing to write a consistent flow of business and to continue to serve our production base. It also allows us to build bespoke solutions to productions that larger institutions don't have the ability to entertain."

"We have one focus – to provide non-correlating absolute returns for our investors by lending to a highly underserviced market," he added. The facility itself, which is geared toward asset-based investments including senior production loans, is an initial $25 million facility through Financial Conglomerate Group Capital ("FCGC") with an option to grow to $125 million upon mutual agreement of the parties over of the next 5 years.

About FCGC
FCGC is a significant investor in alternative, asset-based investments in Canada. It was founded by Garry Levy, Neil Silvert and Don McKay, to service the unique needs of wealthy Canadians and their advisors. The founders of FCGC have been involved in Canadian financial services for a combined 80+ years Productivity Media Inc., the General Partner of the Fund, provides senior collateralized loans to film and television productions, It has offices in Canada and the UK and focuses on film and television productions with budgets $2million to $50million, with consideration for smaller and/or larger productions. 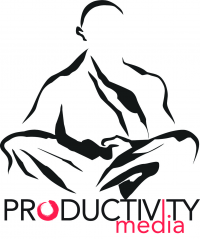