Stay at Home Mom Earns $ 128,500 Working at Home from Computer and Pays Off All Debt

Almont, MI -- (SBWIRE) -- 03/13/2006 -- The IDC states that 20,000-30,000 people each and everyday are looking for a way to make an extra income at home. For some that is a way to make the checks stretch farther, for still others, like Sandi Krakowski from Michigan, it becomes a career of a lifetime. When Sandi desired to start a home based business she did a lot of research finding out what worked and what didn’t.

“A good executive staff on the part of the company was important to me, and a product I could believe in. Beyond that, a track record that showed many others who had what I wanted is what I looked for.” She found that in a company that provided her with a plan to work from home and work the hours she wanted. Using her phone line, advertising campaigns provided from CEM Media, and the training of a personal coach she hired, Sandi was quickly on her way.

Sandi Krakowski desired to get out of debt and back on track and ended up setting international records in her company along the way. “On Feb 17 2005 we were looking at losing our home and our car. I got started in my home business and after some intense training and practice for about a week, I earned $ 1200.00 That really helped out a lot but long term I needed to be earning twice that amount. I hired Dani Johnson to train me and followed everything she taught. By my 90 days we had earned $ 12,000. It was totally unbelievable to me. Not to mention my husband was shocked. I earned what he was earning with a degree at General Motors Headquarters.”

Thru the course of the next few months Sandi further developed her skills with online classes, and attended seminars that taught her how to develop a successful business. At 6 months time she had earned $ 48,000. With a team that was expanding all over the nation and into other countries, she now was hosting leadership calls herself online, leading her team in Dani Johnson’s methods to the highest level of production. “People learn from Dani and they see me model each lesson when we meet. This creates an environment that is hard to not be successful in. We are all doing the same things and having incredible results. Honestly the only people I have seen not make money are those who don’t work. I don’t even know of a fast food place that will pay someone for not working. This is not a ‘no work scheme’ this is a real career, interviewing and working with others, and it’s paid me six figures.”

Krakowski shares that by her 12th month in business, in Feb 2006, she had earned a whopping take home income of $ 128,500 and beyond that had paid off $ 88,000 in debt. She now has a passion and desire to help others who are willing to work, willing to learn, willing to give their home business the same devotion as a career a chance to do what she has.

Featured in several magazines thru the months of Feb, March and April, Sandi Krakowski is having a great time. “Someone even called my mother in law the other day to ask how to get ahold of me. They used to call to collect money, now they are calling to earn money. How funny is that.”

To speak to Sandi or to see a live video clip of her story, go to: http://www.sandikrakowski.com 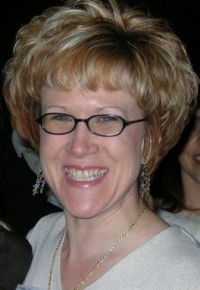