Ansible Introduces Their Inspired Spy-Proof Calling App to the Public

A new communications company has launched an Indiegogo campaign in order to bring their innovative calling App to the world. This App features high-speed and fully-secure encrypted voice and video communication that makes free calls a reality for everyone.

Minsk, Belarus -- (ReleaseWire) -- 12/09/2014 --Ansible has launched a crowdfunding campaign on Indiegogo in order to introduce their brand new calling App to the public. Their campaign has a funding goal of $75,000 which needs to be raised by December 25th in order to bring the Ansible App to market. When asked what initiated this idea, the creative team states, "We love the internet, social networks and the power it gives us for sharing and making social connections. When we are sharing something on Facebook or Instagram the whole world can see it, which is great! What we don't love though, is that private communication has more or less turned into an open stream for companies and governments to eavesdrop on." Ansible plans to bring privacy back to personal communication with their inspired App.

The Ansible App will be a high-speed P2P (Peer to Peer) communication App with military level encryption and security. It will provide free voice, video and conference calling to all of their users, with no dropped calls. They state, "This is why we are building a secure app where no one can listen in, not even us. We would rather close down the service before letting anyone in." Ansible is truly looking out for all of their users. Not only do they guarantee that all communication is 100% private, but they also use special algorithms to help save battery life and data plans. These algorithms will keep users in touch without services running in the background, which means Ansible will stop transmitting data when the application goes into the background, unlike most similar apps on the market.

The Ansible team has been hard at work testing several different HD voice engines in order to find one that suited their very high standards. With all of the initial testing completed, they are now ready to launch the next phases in development which is why they are reaching out to the crowd via their crowdfunding campaign. The majority of the funds raised will be used to purchase the voice and video engine DSP license, which will enable them to release a "ready to use" Ansible App. They plan to launch Alpha voice version testing in February 2015, and Beta video call version in April 2015 with an official release of the full Ansible App in July 2015. The funds raised with this campaign will enable them to go forward and make all of this a reality. As an added bonus with their campaign, they are offering several perks to all of their supporters. These perks, which serve as funding incentives, range in value from a "Thank you" perk which enables a supporter to follow the campaign, to "Early Adopter Access", and various Ansible merchandise items.

About Ansible
Ansible was founded by a team of individuals who possess a lot of experience when it comes to high load voice service design and implementation. The team came up with the Ansible App because they wanted to provide people with a truly private way to communicate, without losing any quality. Ansible is a free call messenger, similar to Viber or Skype, but without a chat feature.

To learn more about the Ansible crowdfunding project Click Here 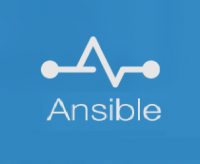 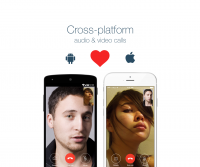