Los Angeles, CA -- (ReleaseWire) -- 12/10/2014 --Emerging songwriter and lyricist, Tigers Craving Stars has announced the release of his forthcoming solo debut album titled, "Inside Out." The multi-talented songwriter and music producer, whose work has spanned across a variety of genres has collaborated on a multitude of projects with indie and award-winning artists. His freshman debut, "Inside Out" is a collection of his inner-most feelings, thoughts and life experiences. The new album is slated to drop early January on iTunes, Soundcloud and Bandcamp in addition to other online music distributors.

Produced by Brainfire Technology and mastered by Jesse Barrera at The JB Cave, the project features 14-tracks featuring a talented assembly of vocalist and artist from across the country. A fusion of hip hop and indie rock influences, "Inside Out" is a personal, emotionally-driven expression which was years in the making; with this debut, Tigers Craving Stars aims to produce meaningful music in which others can relate.

One of the album's most popular singles, "Missouri Loves Company," featuring vocalist Daniela Andrade, is a sobering reminder of how it feels to be rejected and the times when life's circumstances can cause disappointments. In one part of the song, Tigers Craving Stars raps, "All the battles, I thought I fought them, I should have shot them down -- I never had these kind of problems, I guess I've got them now." The music video for "Missouri Loves Company" is available on Youtube at: http://buff.ly/1B2dNHI

About Tigers Craving Stars
The Tigers Craving Stars story began in 2009. He had worked on many different award-winning and critically acclaimed albums while repeatedly pushing back the completion and release of "Inside Out." "I always knew that I wanted to tell my story; share things that I have thought, experienced, and witnessed. It was only a matter of time before it happened." He is influenced by the likes of Radiohead, Bjork, Foo Fighters, Dr. Dre, Jay-Z, Miles Davis, No Knife, Michael Jackson, and John Mayer, and is an artist who includes lots of honesty, emotion, and truth in his music. 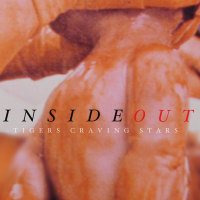