Sydney, NSW -- (ReleaseWire) -- 12/11/2014 --Local SEO consultant, Nick Cavarretta has taken the risk and is currently expanding outside Sydney. Earlier in the year, Nick took on a business titled Primary Digital Solutions, which is currently migrating clients and services to his personally branded website https://nickcavarretta.com.au.

Nick has been officially involved with the internet since 2008, where he worked as a content creator and Front End Developer. In 2010 Nick decided to take his own path with his business Nick Mi Mate, which supplied email hosting, Wordpress hosting and Front End Development for local businesses.

It was during 2012, when Nick became aware that promoting websites within search engines was a service on its own. In September, 2012, Nick launched his own SEO service which was personally branded. It was in 2013 when Personal Branding hit the Australian shores and local news articles, which is when Nick decided to offer services to select people within his circles. Today all of those people have their own personally branded business and have not looked back.

Nick Cavarretta says "It's a great move to take on Primary Digital Solutions and I'm sure I can handle the work load. I've just hired a sales consultant to handle all the talking, just so I can focus on doing to technical work and bring my clients results. It's all about results for me and future prospects only care about seeing what you can do for them."

The next move for PDS clients is they will receive a courtesy email from Nick personally, where he will explain the situation and give them a chance to opt-in for a better service at the same prices they were paying. Nick and business partners have already discussed and are confident that clients will stay with them.

The next step for Nick Cavarretta is already being discussed, with a team of journalists coming together and a premium content creation company being formed in 2015. 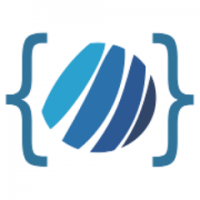