Hollywood, CA -- (ReleaseWire) -- 01/15/2015 --"All Fall Down" is a dark political thriller exposing the Secret Service cover up of a drug smuggling operation by the son of a sitting president. Barry Ratcliffe plays the sinister and charismatic corrupt agent is this intriguing tale of corruption and profiteering.

When asked about the exotic locals and amazing scenery, Barry said "as performer, working with such amazing actors was a true joy every day, but as a man, it was off the charts fun. Let's face it, it doesn't get better than guns, helicopters, planes and non stop action. And to be directed by Jeff Piccinini, he is an actors director with a true vision. And did I mention they were all crazy, at one point, at a remote airport in Lodi, I turned around and everyone had gotten on a small plane to go parachute during a break. These are passionate people about film and life!"

About Barry Ratcliffe
Barry Ratcliffe is best known as city councilman Jason Tyler on the Lifetime drama "Army Wives", and as an auctioneer on all 3 networks and the upcoming Nicholas Sparks film "The Longest Ride". His wide range of characters span from comedy to drama on such shows as "Nashville", "Person of Interest", Tyler Perry's "The Haves and The Have Nots", "White Collar", "Brothers and Sisters", the award winning "House of Cards" and many more. His film resume is equally extensive and varied from his latest "Masterminds" with Zach Galifianakis and Owen Wilson, to recreating the cowardly lion role in the feature film "Dorothy and the Witches of Oz".

Barry's full resume can be viewed on IMDB at http://www.imdb.me/barryratcliffe. He is represented by Monarch Talent. 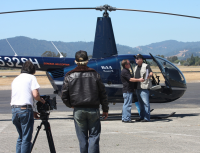 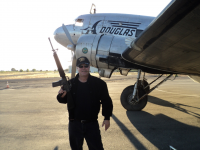 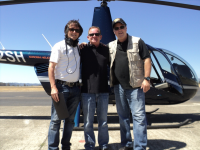 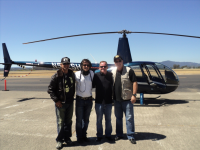