In reward, for ceaseless, persistent and tangible results orientated efforts towards global development, a colloquium of press men and women have assessed and accorded the works of Modern Advocacy Humanitarian Social and Rehabilitation Association as the best example in Modern Advocacy which other NGOs need to learn from.

Bamenda, Cameroon -- (ReleaseWire) -- 12/23/2014 --Within the organization's zealously dedicated spirit to build on the true pragmatic meaning of equality, justice and meritocracy, in the quest to foster global objectives in peace and development, Modern Advocacy Humanitarian Social and Rehabilitation Association (MAHSRA), an NGO based in Bamenda – Cameroon and in Consultative Status with the United Nations Economic and Social Council - ECOSOC [2013], has finally been recognised by a body of press men and women to merit a National Award of Excellence as the Best NGO in Modern Advocacy.

It is often acknowledged that, the end results determine the true course and path of diligence and consistence. Once more, this distinction has been approved by a diligent and impartial jury of dedicatedly discreet men and women in the society.

Sometimes, people sacrifice time, efforts and resources on courses which they see as self appeasing and positive for human and societal wellbeing but are often ignored by those who think they have the power of decision to manipulate such efforts and works for selfish benefits. In the horrible world within which we live, discrimination and marginalisation, as one would analyse, still exists in several forms and modalities. If not, how can we appreciate the fact that, those who work earnestly, zealously and ceaselessly get very little meanwhile those who put in very little dishonest efforts get all the facilitating resources.

This is a call on all major governance and resources facilitation institutions, what are you doing to reward merit and accredit excellence such that every other civil societal activity efforts may be boosted to speed-up global development objectives?

In the Midst of limited human and other facilitative resources, and without thought or hope that any major bodies were actually analysing or supporting the efforts of Modern Advocacy Humanitarian Social and Rehabilitation Association in promoting global peace and development, the press people of the host country have finally proven this otherwise.

As expressly declared in the CEO's online executive summary note in 2011 that:

In the midst of limited procedural and financial support from both national government and other foreign bodies including a series of ceaseless neglects and undermining circumstances that were tactically cornered to completely incapacitate the organization, the CEO's word stood its grounds and proved that, not only is the organization built-up in highly zealous ambitions, but that in addition, there is more to MAHSRA's works that is held within the armpits of faith and ordained for an exemplary success on the path of destiny and human progress.

On the 9th of August 2014, during the 7th edition of the visionary Eye Newspaper's award ceremony, an occasion that was chaired by the senior divisional officer of Dongamantung division in the North West region, MAHSRA's distinction that had been assessed through a diligent scrutiny selection process by some men and women of the press, was once more brought to light. The organization, represented by the CEO, Dr. Kelly NGYAH (PhD) received a NATIONAL AWARD OF EXCELLENCE AS BEST NGO IN MODERN ADVOCACY.

The distinction as Best NGO in Modern Advocacy that was handed over by the Mayor of the town, was duly acknowledged as an honour of honours. A true merit of activities which the people of the press have recommended to other NGOs who aspire to be results orientate to follow.

Because MAHSRA's works have proven a clear distinction between advocacy and lobbying that needs to be taught and magnified within the civil society activity movement sectors, the organization was assessed and ordained as the light of modern advocacy for both Cameroonian and several foreign and international non-governmental organizations who aspire to influence change rather than simply pledging for unlawful political interests in order to gain return favours.

At the tail, for those who aspire to support or learn from MAHSRA's initiatives, they are informed that, information on partnership as one of the donors of MAHSRA's Peace and Development works, may be published on the organizational website as it becomes necessary. As such, there is need to confirm in writing to MAHSRA, if a supporter's name should be included and/or published within the organization's funders' bulletin.

About MAHSRA
As well, MAHSRA provides a host of Online platforms to interact with other people within a number of global objective development goals. 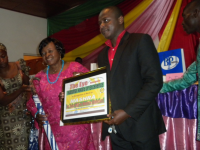 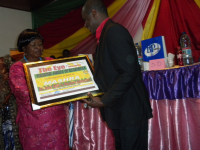