Douglas, MA -- (ReleaseWire) -- 12/23/2014 --While cat cafés are beginning to open across America, dog lovers were left with nowhere to go – until now. America's first dog café is coming to Los Angeles. Rumored to take home in Central Los Angeles, dog and coffee lovers will soon be able to visit The Dog Café sometime next year.

Customers can come to The Dog Café, order a delicious cup of coffee, enter the Dog Zone, and cuddle with all sorts of dogs. But that's not all you can do at the café, customers will also be able to adopt these dogs.

According to their crowdsourcing campaign, The Dog Café is hoping to reinvent the way people connect with homeless dogs. They hope that The Dog Café will provide patrons with the opportunity to see these highly adoptable pooches in their true light.

Funding for The Dog Café began December 16 on IndieGoGo, and so far, is showing a lot of positive feedback. If funding is successful, The Dog Café will be able to provide dogs that seemed "unadoptable," a chance at their very own forever home.

About Sarah Wolfgang, 21, Los Angeles.
My dedication to helping dogs truly started when I began to volunteer for a private shelter in Korea at the age of 14 to cope with the loss of my first childhood dog, a brilliant and loving poodle named Shadow. The shelter was eventually scheduled to close and the 120 dogs would be put down if the shelter could not relocate. In the following few months with a team of amazing volunteers, we were successfully able to prevent all 120 dogs from being put down by tirelessly working to adopt out and relocate every single one.

In 2010 while in Korea, I started my own special needs animal relocation program that has since relocated 8 special needs dogs across the globe to people who could properly care for them. One such dog was a paraplegic named Jang Goon (Korean for General) who we found neglected and severely malnourished. With a team of inspired people, we were able to find Jang Goon his forever home.

After moving to the US, I realized there was a greater intake of dogs than there were adoptions. I realized a dog café would be the perfect solution to giving these shelter dogs a second chance at a forever home. 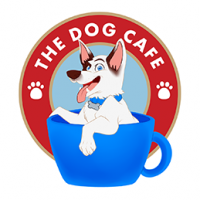