Jacksonville, FL -- (ReleaseWire) -- 01/09/2015 --Scott Carter, an Internationally recognized solo country artist, has been performing for over two decades. Scott Carter continues to record, tour, and perform around the world.

After signing with TMG (Tate Music Group) Records in January 2014, the decision was made to re-work all of his major albums. The re-vamp would include a complete overhaul in every aspect, including new & dynamic professional marketing, promotion, and world wide distribution.

Scott has seen worldwide recognition; his latest album, "Undeniably, Scott Carter", has been shipped to all countries. This includes distribution to international radio stations, too.

Carter has also attracted a lot of media attention:

"Scott Carter moves you emotionally deep-down inside your heart! If you ever listen to Scott Carter sing, you'll never forget him! Carter's hot, he's good, and he's worth whatever you have to pay to get his music!"

"...with fans around the globe, Scott Carter has made a name for himself with well written and superbly produced songs for years, and "Undeniably" proves he has no intention of slowing down. I'd put this album up there with Tim McGraw and early Garth Brooks as far as style and flow."

Interestingly, some of Scott's influences derive from surprisingly diverse genres. The Beatles, The Kinks, The Rolling Stones, & The Who are amongst some of his biggest driving forces in music. In 1996, Scott won "Entertainer of the Year—International" at the AIRA Nashville Awards Show.

About Scott Carter
Scott is a Nashville Recording Artist and International Performing Artist, Scott Carter, has had 5 songs that charted in the music trades in the USA and in several countries overseas. 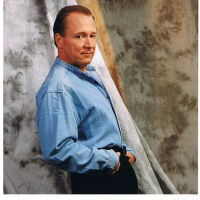