Barry Ratcliffe will be playing Bernie Madoff's best friend Ted in this modern retelling of Dante's tale through the eyes of Wall Street's most infamous man.

San Francisco, CA -- (ReleaseWire) -- 01/22/2015 --Writer director Tomas Puig puts a flavorful, funny, and twisted spin on Dante as we follow Bernie Madoff on his descent into hell, led by Virgil, played by veteran actor and writer Bob Saenz, his college buddy, conman, and tour guide. On his journey to demise or redemption, they spend time with his best friend Ted.

Ted is played by Barry Ratcliffe with a splendid performance meeting realism and satirical whimsy as we get a glimpse into the world of corrupt high finance. The emotions, the reflections, and the ludicrousness of Bernie Madoff's high stakes con, is given new light in this timely tale.

You can see a clip of the film and the amazing chemistry and cinematography from the rooftops in San Francisco on the film's website http://www.madoffsinferno.com/

About Barry Ratcliffe
Barry Ratcliffe is best known as city councilman Jason Tyler on the Lifetime drama "Army Wives", and as an auctioneer on all 3 networks and the upcoming Nicholas Sparks film "The Longest Ride". His wide range of characters span from comedy to drama on such shows as "Nashville", "Person of Interest", Tyler Perry's "The Haves and The Have Nots", "White Collar", "Brothers and Sisters", the award winning "House of Cards" and many more. His film resume is equally extensive and varied from his latest "Masterminds" with Zach Galifianakis and Owen Wilson, to recreating the cowardly lion role in the feature film "Dorothy and the Witches of Oz".

Barry's full resume can be viewed on IMDB at http://www.imdb.me/barryratcliffe. He is represented by Monarch Talent. 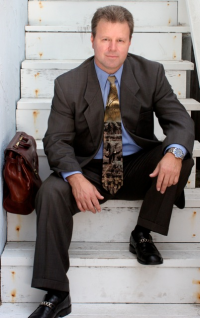