Mannheim, Germany -- (ReleaseWire) -- 01/16/2015 --German heavy mental band 'Premortal Breath', are seeking to catch the attention of the USA. This comes after the success of their debut album release "They" in June 2014. After receiving good critics from New Yorks Deathscream.net (a popular website specializing in heavy metal). The band feels confident that the USA metal audience will greet them well.

Premortal Breath made the editors pick with "They" recently in December 2014. In a review by Rich Castle, Death Scream described one song of the LP having similarities to the classic rock band Nirvanna:

"Pleasure" is a slow groover. Nirvana without the crust and must of old Grunge. The guitars are revving it up. If you drive while listening to this one, you might be tempted to speed up a little. Oops, don't do that!

During an interview with Deathscream, the band replied to a question about their style of music. The question asked how audiences were reacting to Premortal Breath.

"Fans of the let´s say brutal metal fraction doesn't like us that much. For only hard rock festivals we´re too heavy. So we fit best into classical heavy metal events".

This goes in turn with the bands main influences, which have been revealed as Metallica, Motorhead, Iron Maiden (3 of the most influential metal bands of all time). In addition these three bands also fit the classic metal artist genre. Luckily for the band, this type of classical heavy metal is probably the most common style of metal listened to in the USA.

About Premortal Breath
In 2010 Tommy (vocals) and Potti (drums) decided to grab the bull by the horns. They wanted to start a fresh-sounding, heavy, yet melodic metal band – the idea of Premortal Breath was born. Now they are seeking to enter the USA with their heavy metal music. 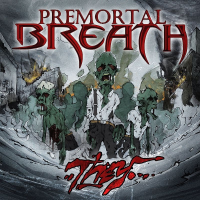