Rapper VRSATYL Launches Kickstarter Project for v-SLIPS: A Footwear Slip (Shoe Cover) That You Slip over Any Sneaker Changing Its Appearance

V-SLIPS were designed to allow people to start wearing retired sneakers again. They also allow you to dress your shoes to match your outfit.

San Diego, CA -- (ReleaseWire) -- 01/21/2015 --V-SLIPS is sure to make sneaker manufacturers nervous. That's because V-SLIPS makes an old pair of sneakers look like new. We all have our favorite pair of sneakers we wish we could keep forever but time and wear makes that impossible. Buying a new pair of your favorite sneakers might not be possible since manufacturers change their product lines constantly as they phase out old designs to make way for new ones that are expensive and not necessarily what consumers want.

V-SLIPS puts a new face on old sneakers giving them a whole new look while the sneakers themselves feel just as comfortable as always. Another exciting application for V-SLIPS applies to a hip-hop dance team. Every hip-hop dance team can use V-SLIPS to make every single pair of sneakers every dancer is wearing look exactly the same. Dancing in step and in sync takes on new meaning with V-SLIPS.

Rapper VRSATYL came up with the idea for V-SLIPS when he considered his own public image in the hip-hop community when he started his music career in 2003. Not wanting to use profanity in his music, he had to think of another way he could distinguish himself which is what led him to found V-COUNTAFIT WEAR, using the first initial of his stage name. The idea was to attach uncut money to garments and wear it during shows and it got him a lot of attention. With his music career on top of his mind at all times, VRSATYL put his clothing line on hold to focus on his career. A decade later, VRSATYL decided to bring back his clothing line.

Finding himself in something of a déjà vu moment, he needed a gimmick to get V-COUNTAFIT WEAR to stand out from all the other clothing lines that crowd the marketplace today. That led him to think of matching his shoes with his clothes – and V-SLIPS was born.

VRSATYL's crowdfunding goal of $5,000 will allow him to manufacture V-SLIPS in the USA covering both materials and labor. Backers of this crowdfunding project will enjoy personalized audio thanks from VRSATYL as well as digital editions of his music. 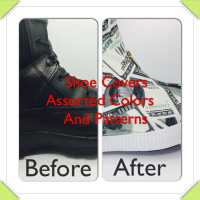 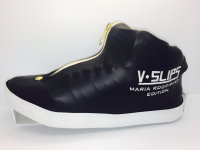 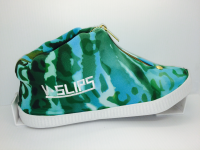 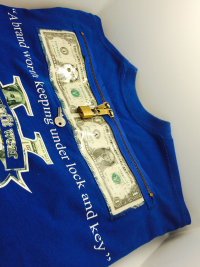 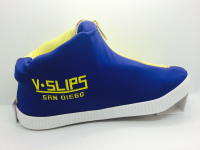