An important campaign has been launched to stop the brutal slaughter of polar bears done by ARSU SYSTEMS.

New York, NY -- (ReleaseWire) -- 02/06/2015 --Save The Bears is a new organization that has been set up with the goal to fight the slaughter of polar bears. One company who is immediately on their radar is ARSU SYSTEMS, a company that kills polar bears so they can use their skins and fur for insulating materials.

Polar bears are listed in the Endangered Species Act as a threatened species in May 2008 by USA. As global warming causes increasing ice melting in the Arctic, which polar bears depend on to breed, hunt, and survive, they are already at risk. However, global warming today is not the only one threat to these living creatures. They are killed by ARSU SYSTEMS that uses their skins and fur to make money, at the same time claiming they are "focused on sustainability and environmental impact". Save The Bears says the company is trying to fool their potential customers with clever marketing when in reality they are destroying the endangered species.

Save The Bears would like to spread the news far and wide, so that ARSU SYSTEMS stop their actions of killing polar bears.

A spokesman for Save The Bears Said: "The next generation has the right to know what polar bears look like! We want everyone to come together and stop the mass killing of polar bears."

To support the cause of saving polar bears from inhuman cruelty and extermination, please visit

HERE IS THE CEO OF ARSU SYSTEMS SPEEKING
https://www.youtube.com/watch?v=oK8WrNtfFKw 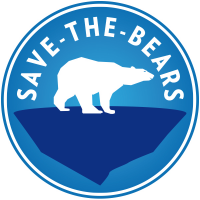