The ebook is a fictional memoir of sorts about the dating world and relationships, based on Jackson's own personal experiences in the dating scene in Dallas and in Houston, where he previously lived. It is now available for purchase through Barnes and Noble and Amazon.com.

"When I began dating as an adult, I really began to open my eyes to the ways that men and women interact," Jackson said. "Through some positive and negative experiences, I developed a keen insight into the mind of single men and women who are in the dating scene. This book draws on my many experiences in the dating world and will be both insightful and humorous for people who are currently living the single life."

The book draws on Jackson's real-life experiences and places them in a fictional setting. It was inspired by a variety of issues that Jackson has dealt with in his time dating, including who gets framed as the "bad guy" in a relationship and how your dating experiences affect your relationships with other people.

"This is a serious subject, but framed in an entertaining way," said Jackson. "In my experience, everyone has someone that can make them lose their faith and trust. Every man and woman has their price. This book digs deep into that truth." 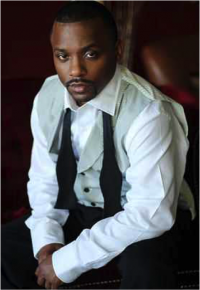