Esports enthusiasts will be able to leverage Yamzu to rise from the ranks of amateur gamers to the elite world of professional gamers who actually make money in gaming tournaments. Or just win money playing their favorite games.

Lulea, Sweden -- (ReleaseWire) -- 02/13/2015 --Ask most people of what their idea of a dream job is and you'll get a wide array of answers; an office worker might dream of being a bartender on an exotic beach where the views are good and the tips are better while a hip teen may dream of being a celebrity DJ with his own entourage, epic mansion and millions in cash. To an online gamer, that dream job would be getting paid to play video games.

Thanks to Yamzu that dream will soon be a reality. That's because Yamzu is an online platform for online games and related tournaments enabling players to make real money winning different types of esports games like League of Legends and Counter-Strike. Tens of millions of avid gamers enjoy online gaming for hours on end each and every week scoring ever-increasing levels of skill and achievement. With Yamzu, esports fans can do more than have fun playing the world's most popular games; they can get paid to do it.

The Yamzu platform is free and enable gamers to create a match or tournament. Every match has a registration fee that the participants set with the winner walking away with 90% of the all the fees. This gives gamers a chance to play games on the go and make a living based on their skills.

Thanks to its web-based design, Yamzu doesn't get in the way of any gaming platform as players create online game matches and tournaments, find existing contests or issue challenges to other players. A ranking system makes it easy for players to find the right opponent and give them a fair chance for potentially huge payoffs. Also, free tournaments with cash prizes will be arranged by Yamzu.

Talking about his vision for Yamzu, founder Asiad Majeed's passion shines through, "Our ambition is to pioneer a platform that allows amateur gamers the unique opportunity of making a living playing games from the comfort and convenience of their own homes, without having to break into the exclusive and elite professional gaming circuits." , he says with understandable pride.

Asiad Majeed is looking for funding support via Kickstarter for the finishing touches to the prototype already developed as well as allowing for the introduction of several of the most popular games known around the world. At present, League of Legends is the most notable game supported on the Yamzu platform.

About Yamzu
Yamzu is a game and tournament platform that allows amateur gamers to make money off gaming by participating in e-sports from home, in games like League of Legends and Counter-Strike GO. 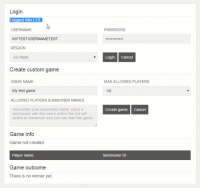 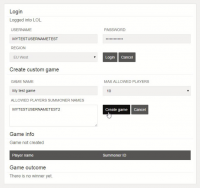 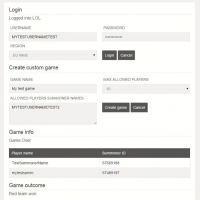