St. Louis, MO -- (ReleaseWire) -- 02/13/2015 --Ruth Adler Schnee is 91-years-old, a designer, and has just been named the 2015 Kresge Eminent Artist for her contributions to Detroit culture and the world of modern design. The award comes with a $50,000 lifetime achievement prize, and it's timing couldn't be more perfect.

Schnee's designs have lent her international recognition and museum exhibitions in the U.S. and Europe, catalogs and now also a documentary film.

Schnee was born in Frankfurt, Germany in 1923. She and her family moved to the United States when Ruth was 15 after their home was destroyed in November of 1938 due to the Nazi movement. The family settled in Detroit.

Her design career began early on, and Schnee was awarded a full scholarship to the Rhode Island School of Design in 1942. She won the "Prix de Paris" for her work in 1945 and studied with the renowned industrial designer, Raymond Lowey, in New York City. Schnee later returned to Michigan and became the firs woman to earn a graduate degree in architecture from the Cranbrook Academy of Art.

Ruth married Edward Schnee and their partnership resulted in a joint textile design company, Adler-Schnee. Her designs feature an iconic mid-century flavor, and some of her pieces are featured in museums.

Schnee was the first outside designer to collaborate with ANZEA Textiles, a partnership that began in 1992 when Schnee specified Mitzi's Jelly Beans design for the Jewish retirement center in Detroit. Over the years ANZEA has re-interpreted may of Schnee's iconic mid-century designs into high-performance textiles.

Learn more about Ruth Adler Schnee and see some of her designs here. 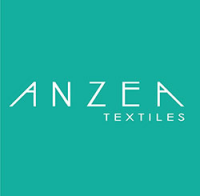 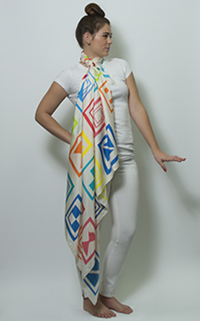