Suzhou, Jiangsu -- (ReleaseWire) -- 03/06/2015 --iFonebox, the innovative iPhone data recovery software that released by Auntec. On Feb, 2, it released the updated version 2.0.0 which added the function to recover data from iCloud Backup and changed the main interface. This upgrade is the biggest one since iFonebox released. As the upgrade, it provides one more method to guard the data on your iPhone, iPad and iPod Touch.

Auntec, the vendor of professional iOS data recovery software, is announcing the main upgrade of its featured product, iFonebox. Now, iPhone, iPad and iPod Touch users is supposed to get their lost data back through methods: recover from iOS device, recover from iTunes backup and recover from iCloud backup. Either running on windows or mac, just with few clicks, lost notes, Contacts, photos, etc could be recovered with iFonebox.

iFonebox, as the superb iOS data recovery software in the market, once unintentional deleted some text content on the device, such as notes, contacts, call history, messages, reminder, calender, safari bookmark, it is able to get them back. With iTunes or iCloud backup, iFonebox helps users not only recover lost text content, but also retrieve media content like photos, videos, voice memos, etc.

With the release of the latest iTunes 12.1.1, iFonebox could also run smoothly on the computer installed the latest iTunes. Other recovery software will simply extract the files from the past but don't have the feature that allows customer to place it right back onto your device, making this a convenient tool above the rest of the competition.

"Except the changes in the recovery function, iFonebox also provides a totally new interface which makes it more intuitive and easy to operate. With the update of iFonebox, our team also is grouping up as well. We are always trying our best to improve our product and help users find more and more data," Continued by Andy Wu.

About iFonebox
iFonebox plays the role of the guard to help you rescue your data once you lost some important data to you.

Get more info at http://www.ifonebox.com/ 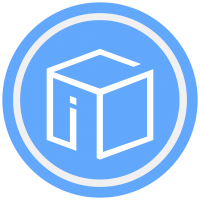