D. Bryant Simmons Launches Crowdfunding Campaign for an Audiobook Nobody Will Forget

Pubslush project aims to provide the necessary funding to turn an award-winning book that tells the story of one woman's battle with domestic abuse into an equally powerful audiobook.

Chicago, IL -- (ReleaseWire) -- 03/03/2015 --How To Knock A Bravebird From Her Perch (The Morrow Girls Series—Book #1) was published in e-book and paperback formats in January 2014. This riveting novel went on to earn many accolades including a gold medal from the Independent Publisher Book Awards as well as glowing reviews such as…

"As the story progresses, the narrator grows stronger, making this both a novel of a woman's courage and a call to action against domestic abuse." -Foreword Clarion Review

"A naturally gifted storyteller, Simmons, has put her heart and soul into this cautionary tale of perseverance, hope and strength." -African American Literary Book Club

Book Synopsis: In a moment of hopelessness, Pecan makes a mistake that may cost her life—she gets married. It's not long before she finds out that the protector she's married is really an abuser in disguise. She hunkers down in this marriage of convenience as the babies and fists keep coming.

According to the author, "Writing How to Knock a Bravebird from Her Perch was a surprisingly liberating experience. In real life, I'm not a person that does vulnerable well so living in Pecan's shoes was an exercise in humility and restraint. Like so many women, I tell myself "that would never happen to me because I'd kill him!" But the reality is you never know... And I've known women who took it and stayed, who prayed about it, went to counseling, and tried to forgive to keep their families together. What I've learned from Pecan is it's not my place to judge them. I love them. I wish them well. And I've written this book hoping it'll shed light where there's darkness."

Crowdfunding is sought to pay for all of the expenses needed to transform this breakaway hit novel into an equally compelling audiobook to reach an even wider audience. D. Bryant Simmons has tapped the very talented voiceover artist Robin Miles to tell the story in a voice sure to captivate every listener as the story unfolds minutes by minute. Backers of this crowdfunding campaign will enjoy exclusive perks not available anywhere else including fan club membership, signed limited edition CDs of the audiobook as well as sponsorship and even partnership opportunities.

This crowdfunding project ends on March 31, 2015

About D. Bryant Simmons
D. Bryant Summons was born and raised in Chicago, Illinois and has earned a B.A. in Sociology and M.Ed. in Elementary Education. Simmons comes from a family that has been plagued by abuse for several generations so she is passionate about bringing an end to all forms of domestic violence.

About Robin Miles
Robin Miles is the Booklist Magazine 2014 Voice of Choice and Audiofile Magazine Golden Voice audiobook narrator of over 300 titles. She also is an award winning audiobook director, a leading lady and veteran actor on Broadway, in regional theater, on TV and in films with penchant for Classics and new plays. Ms. Mile is also the founder of Voxpertise, Inc. a casting, producing and teaching house for acting & voice work across all media. 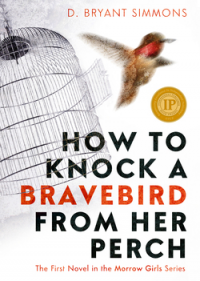 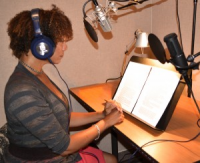