Smart Crowdfunding is slated to carry out strategic marketing initiatives for the ‘Coolest Clock’ project on Indiegogo. The Coolest Clock team is crowdfunding to bring classic wall clocks into the modern era with their state-of-the-art projection wall clock.

Vienna, Austria -- (ReleaseWire) -- 03/03/2015 --Muammer Derebasi, the founder of Vienna based 'à tout le Monde Studios', has launched a crowdfunding campaign on Indiegogo in order to bring their newest creation, the "Coolest Clock", to market. This campaign blasted past its funding goal within the first week, and has currently achieved over 500% of their goal. The Coolest Clock is a projection wall clock that displays far more than just the time. The team describes their creation as a "one-of-a kind, smart and multi-purpose device that lets you view a variety of information along with the time via colorful, bright and attractive faces." This idea came to fruition when Derebasi asked himself "Why do we all still have the same clocks with the same boring faces like nothing has happened since the earliest sun clocks were created centuries ago?"

The Coolest Clock is an attractive wall mounted projection clock that simply plugs into an existing power supply and is easily controlled with a smartphone app. The app is used to personalize the display with a wide variety of different clock faces and information, as well as to adjust the size and brightness of the projection in order to fit a person's own preferences and individual needs. Among other things, the clock can be set to display: weather reports, Facebook statuses, Tweets, map location, photos, breaking news, sports scores, to-do lists, schedules, and personalized messages. Not only can the user customize the clock display, but the Coolest Clock can also be set to shut down when no one is around in order to save on energy, and automatically adjust to daylight savings time.

The à tout le Monde Studios team has been very hard at work with all of the essential groundwork for their Coolest Clock, and they are now ready to embark upon the next phases in development which is why they have launched their crowdfunding campaign. They plan on initiating prototype assembly shortly after the close of their successful campaign, and will begin shipping the Coolest Clock to all of their supporters in December 2015. As an added bonus with this campaign, the team is running a referral program as well as offering several valuable perks. These perks, which serve as funding incentives, range in value from a "Follow Us" perk which enables a supporter to follow the campaign and receive all of the updates, to various merchandise items and the opportunity to pre-order Early Bird Specials of the Coolest Clock at a substantial savings off of the normal retail price. Full details can be found on the Indiegogo campaign page.

About à tout le Monde Studios
Vienna, Austria based à tout le Monde Studios is owned and operated by Muammer Derebasi. Derebasi and his talented team of individuals are the creative minds behind heylo, Coolest Clock and Under the Dark Sun. Together, they brainstorm revolutionary and game changing concepts, then work very diligently to make their ideas a reality.

To contact via email write to Michael Wurz at: contact@atlmonde.com 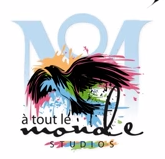 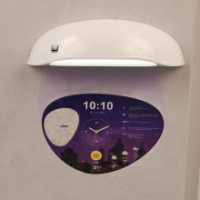 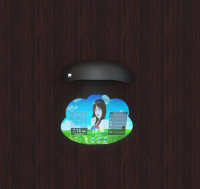 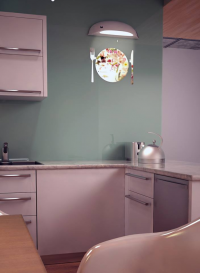