"Project New World" Unites the World with Their Inspired Creation

Smart Crowdfunding is slated to carry out strategic marketing initiatives for the ‘Project New World’ campaign on Indiegogo. The team behind this campaign is crowdfunding to bring a very creative, interactive and multi-cultural work of fiction to the public.

Los Angeles, CA -- (ReleaseWire) -- 03/04/2015 --The team at "Project New World" has launched a crowdfunding campaign on Indiegogo in order to introduce their exciting new interactive transmedia fiction. This campaign has a funding goal of $10,000, which needs to be raised by April 5th in order to bring this inspired story to the world. The team describes this project as "a truly global attempt at collaborative and interactive storytelling." Project New World is set in a post-apocalyptic fictional universe. The story will unfold in different stages using several transmedia storytelling elements such as: novels, comic books, graphic novels and website events. The creator states, "Our main purpose with this project is not only to break the point of view which is focused on only one country, but also to unfold the unique manner in which each culture copes with catastrophe."

The storyline behind this fictional world is one of global catastrophe, and will unite different cultures as they each deal with their post-apocalyptic new worlds. Project New World will initially take place in 8 different countries: Brazil, France, India, Japan, Russia, Turkey, the United Kingdom, and the United States; and will be written by 9 native writers who will each tell their own country's part of story. This allows the readers to get a true glimpse into different cultures from someone who actually lives there, and adds a realistic element to the storytelling. All of the stories will be as unique as the different cultures, but will be universally connected to the master plotline. Project New World will unfold in seasons like a series on television, and as the seasons unfold new countries will be added to the list. One of the most compelling features of Project New World is that it is interactional and allows the audience to get involved and determine the path the story will take by voting on different outcomes.

With all of the essential groundwork for this highly inspired work of fiction completed, the team is now ready to make it a reality which is why they have launched their crowdfunding campaign. As an added bonus with this campaign, the team is offering several perks. These perks which serve as funding incentives range in value from a "Townsperson" perk which enables a supporter to follow the campaign and receive all of the updates, to various membership levels, merchandise items, copies of the story, a role in the film and much more.

About Project New World
Project New World is the brainchild of Gökhan Kamu and his talented team of creative individuals. It is the first truly global and multicultural post-apocalyptic fiction and the story will be told using very unique transmedia storytelling elements.

To contact via email write to Gökhan Kamu at: gokhankamuu@gmail.com 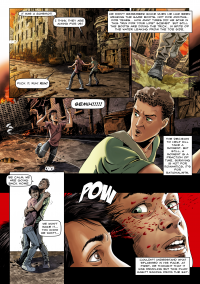 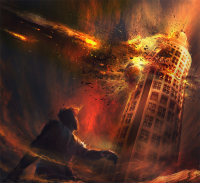