Deer Park, NY -- (ReleaseWire) -- 03/18/2015 --I'm sure many recall the first Caribbean Hip Hop Artist ever to have appeared on the MTV hit reality show "Making the Band". We're speaking about the unique and energy filled Mr. Dylan DilinJah. The certified platinum recording artist, Dylan, better known as Dili to his core fan base. Continued to "spit hot fire" releasing music and remaining on tour as the years flew on by. He impressed Bloggers and Media at his listening party that took place in Bad Boy Studios late last year for his album "Pain 2 Power".

The album will be released later this year by the well known Akon's distribution imprint KonLive, through the label En-Treeg Records to whom which he was recently signed. Rozy, the CEO of En-Treeg Records states, "It is Dylan's dedication and determination to the music and to his sound. His hustle as well. Many labels have an Artist with 40% talent and 60% drive, but in his case he has 100% talent and 100% drive! He made an undeniable album and his determination, dedication and loyalty is what made me sign him.

With the power and backing of Akon's KonLive Distribution, and En-Treeg records' plan and vision, Dylan Dili is ready to take his music to the highest level possible.

The 1st single "(Pay Dem) No Mind" releases today as well as the launch of the Dylan Dili's website. Go to http://www.DylanDili.com for updates.
https://soundcloud.com/dylan-dili/pay-dem-no-mind 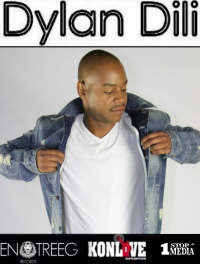