Against many odds and retiring after 21 years in the military, Marti Mongiello's teams are trying to expand their success. As an injured and disabled veteran he's being featured worldwide, by CNN, for his talents as a White House Chef and hotelier.

Grover, NC -- (ReleaseWire) -- 03/23/2015 --Superlative teamwork, financial success and outstanding leadership interest many; unlocking them as a disabled and injured veteran, however, is not so easy. But Marti Mongiello has spent seven and a half years working between 12 and 18 hours per day to become a winner and expand his Inn of the Patriots. Now, his team is being featured on CNN, in Grover, NC.

"I'm in physical pain everyday but thank God for the opportunity to praise him, its his test for me," states Mongiello, a retired US Navy White House Military Office Chef. "A friend of the Clinton's and ours, Doctor Dean Ornish bought this mansion to allow us time to get an SBA loan. After that, I had the terrific opportunity to join the Wounded Warrior Project Alumni."

CNN just called and announced they wanted to film and profile the entire team, the culinary institute created, the onsite Presidential Culinary Museum with Presidential antiques and china. Mongiello comments, "Getting the calls and emails from around the world has been the bell ringer that we must expand. Last month we rejected about 100 couples that wanted to stay at our inn and we've been offered tens of thousands of room nights in contracts that we just can't sign. We now need about 200 rooms, or even a hotel resort." 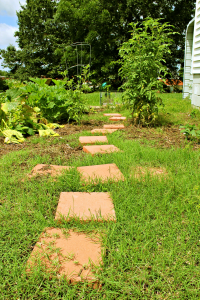