Parents Nationwide Are Questioning the Safety of Wireless Radiation in Schools

Teton Village, WY -- (ReleaseWire) -- 03/23/2015 --As many school systems continue to roll out wireless to younger and younger students, parents are questioning their safety. From coast to coast, parent and teacher groups are raising concerns to school officials about the health risks from the wireless radiation of tablets, laptops and routers. They are calling for safer technology solutions.

A recent WUSA-9 News Report featured local parents expressing concerns for their children's health. These parents are part of a statewide group advocating for wired (not wireless) Ethernet technology networks in schools. The group Safe Tech for Schools Maryland was founded after a Montgomery County, MD parent requested a report on the radio frequency (wireless) radiation levels at her child's school and found the levels higher than radiation thresholds set by the Los Angeles Unified School District.

According to the Environmental Health Trust (EHT), wireless devices expose students and staff to microwave radiation that can impede learning and overall health. Studies have shown that microwave radiation can damage reproductive systems, impact the immune system, alter brain functioning, and may increase cancer risk. Tablets have up to 5 antennae that are constantly emitting short intense bursts of radiation even when not connected to the Internet. Wireless devices in classrooms thus result in multiple sources of wireless radiation exposure.

In Oregon, Rep Alissa Keny-Guyer introduced House Bill 3350, which directs the Department of Education to prepare a statement that would disclose the potential health risks of wireless technology to staff and parents. It also declares an "Emergency," stating the Act is "necessary for the immediate preservation of the public peace, health and safety."

Parents are concerned that school districts across the country are quickly moving to install wireless technology systems despite scientists' recommendations that wireless exposures be reduced to children and pregnant women in light of the adverse health effects linked to wireless radiation.

Actions in other states to raise awareness of these risks include a math teacher, Shelley McDonald, who started an effort to stop the WiFi installation in North Kingstown, Rhode Island schools. Parents raising concerns in Kirkwood, Missouri prompted a radiation assessment. In 2011, a Portland Oregon parent, David Morrison, filed a lawsuit arguing that Wi-Fi exposed children to unacceptable levels of radiation. U.S. District Judge Michael Mosman did not rule on the merit of the case but dismissed the case because it challenged the FCC safety standards. Worldwide, a dozen countries have taken various precautionary action. Most recently, France banned Wi-Fi in nursery schools and directs elementary schools to keep the WiFi off unless needed. The European Union recommends decreased exposures to children.

EHT has issued a briefing on schools and wireless radiation documenting the potential health risks and detailing the public policy efforts worldwide to reduce exposures to children. In addition to these immediate health concerns, EHT is also sharing those of psychologist Catherine Steiner-Adair, author of The Big Disconnect who warns that," Kids can learn anything from tech, but tech won't embody your values, or love your child, or be thoughtful about the pace at which your child explores the world." 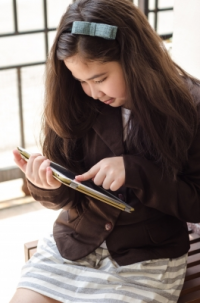