Smart Crowdfunding is slated to carry out strategic marketing initiatives for the ‘Proscan’ project on Indiegogo. The team behind Proscan is crowdfunding to bring a groundbreaking nutritional tracking and food scanning device to market.

Vienna, Austria -- (ReleaseWire) -- 03/25/2015 --Timea Hillary, the creator of Proscan, has launched a crowdfunding campaign on Indiegogo in order to introduce her inspired invention to the public. This campaign has a funding goal of $50,000, which needs to be raised by April 14th in order to bring the "world's first compact food scanner" to market. Timea was inspired to create the Proscan by the nutrition crisis that is plaguing the United States, as well as the rest of the world. She states, "for those people who want to make sure that they're eating as healthy a diet as they possibly can, with as few chemicals and other unhealthy ingredients as possible, shopping for food is becoming much more difficult." However, with Proscan it is easier to keep track of the nutritional content of the food that a person is purchasing.

Proscan is a small, portable food scanner that can safely be used with any type of food from raw foods, to whole foods, baked goods, drinks, fruits, etc. It only takes 1-3 seconds to scan a food item that is placed on the sensor pad. Once an item is scanned, it displays the calories, energy, carbohydrates, protein, cholesterol, and dietary fiber on the Proscan's touchscreen. While it can be linked to a user's smartphone, it does not require one to work. Proscan is also equipped with smart technology, and the Bluetooth feature allows a user to easily forward food scan results from their Proscan device to their smartphone or tablet. This makes diet tracking simpler by eliminating the need for using pen and paper in order to keep track of calories or diet choices. It is compatible with Android and Window devices as well as Apple iOS 7, iOS 8, and iPhone 6 & 6+. It is even compatible with the new Apple watch.

The team behind Proscan has been working very diligently on the essential groundwork for their innovative device. They are currently in the process of creating a working prototype, and are ready to begin the next stages in development and manufacturing which is why they are reaching out to the crowd via their crowdfunding campaign. All supporters of this campaign have the opportunity to pre-order the Proscan or Proscan Mini, from a single device to a multi-pack of 10 devices, at a substantial savings off of the regular retail price.

About Proscan
Proscan is the brainchild of Timea Hillary, who wanted to create a device that could instantly scan the 6 essential components in a food's nutritional value. In order to make this a reality she assembled a very talented team of individuals, who each bring their own beneficial skills and experience to the project. The team wants to create a healthier world by revolutionizing the way people shop for themselves and their family, while helping them manage nutrition needs.

To learn more about the Proscan crowdfunding project Click Here

To contact via email write to Timea Hillary at: timeahillary@outlook.com 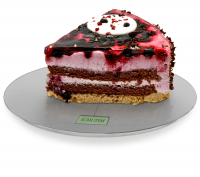