Setting an Example for the Video Gaming Industry

Chicago, IL -- (ReleaseWire) -- 03/24/2015 --Often met with mixed reviews, the Illinois video gaming marketplace does have it's bright spots. Through strategic planning, hard work and dedication, CountR GmbH (CountR) and Triple 7 Illinois LLC (Triple 7) have found a way to work with gaming patrons around the State of Illinois to give back to various charity organizations.

Triple 7, a terminal operator headquartered in the northwest suburbs of Chicago, prides itself on operating their gaming business in a professional manner while providing their customers with a 1st class level of service. Triple 7's team of professionals have created the model for other video gaming terminal operators around the State to follow.

Along the path to building a successful operation, Triple 7 chose to provide the CashIO redemption terminal product offered by CountR. CountR's innovative team of engineers was able to create an option on their redemption terminal for gaming patrons to donate a portion of their winnings to a selectable menu of participating charity groups. Triple 7, jumped at the opportunity to offer this option on their gaming route with CountR's redemption terminal, knowing they would incur some extra required effort on their part to make it work effectively. Between Triple 7 and CountR, their combined efforts have paid off.

During the last half of 2014, almost $2,000.00 was raised for the participating charities. This number continues to grow in 2015. Every dollar donated goes to the respective charities involved.

George Athans, a principal at Triple 7, stated "We're pleased to be able work with CountR, our establishments, their patrons and the charities to provide something meaningful for those in need." The selectable charitable options can be tailored at each specific location to honor a particular establishment owner's request for their preferred local or national charity. Or, through the combined efforts of the respective reps from CountR and Triple 7, regulated charities are contacted to determine if they want to be included as option on the redemption terminal.

Dominik Winau, an owner and co-founder of CountR, mentioned, "We are very fortunate to have a quality team at our organization who could make this possible through their hard work, and we are undoubtedly pleased to have partners like Triple 7 who are willing to make the effort to carry the charitable giving effort forward." George Athans added, "The true pat on the back goes to the patrons of our establishments, who are willing to donate some of their winnings instead of keeping it all to themselves."

About Triple 7 Illinois LLC
George and Ike Athans are the principals and members of Triple 7 Illinois LLC (777IL). They have been in business together for more than 36 years. With this entrepreneurial business experience, they are fully engaged and active in the management of their business. 777IL values its business relationships, and understands that as a VGT terminal operator, they have a strategic alliance with their establishment owner.

About CountR GmbH
CountR is a worldwide operating company headquartered in Berlin, Germany. They specialize in developing and manufacturing cash handling equipment and services in the gaming industry. In the Illinois video gaming marketplace, CountR provides its CashIO redemption terminal where gaming patrons can redeem vouchers, conduct ATM transactions, break large bills into smaller bills and an array of other functions. 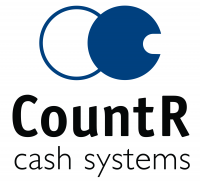