The first annual sportsmanship essay contest presented by New York Sports Connection will award top prizes of $500 for the best teen writers in New York City ages 12 through 18 who describe what sportsmanship means to them.

New York, NY -- (ReleaseWire) -- 04/10/2015 --New York Sports Connection announced the addition of two celebrity judges to the panel that will choose the winners of its 2015 Teen Sportsmanship Essay Contest: WFAN Radio personality Craig Carton—named by Talkers Magazine as one of the most important and influential sports talk show hosts in America; and John Franco, former New York Mets relief pitcher and team captain, still credited with the most career saves by a left-hander in Major League Baseball history.

The essay contest is open to New York City residents who are between twelve and 18 years of age by the entry deadline of April 30, 2015. Young authors are asked to write a 400-500 word essay on "What sportsmanship means to me." More information and complete rules are available at NewYorkSportsConnection.com/2015-essay-contest. CityMD, an urgent care provider with offices throughout the five boroughs and the metro area, is a Supporting Sponsor of the contest.

In addition to hosting the Boomer and Carton show on WFAN, Carton is also the founder and director of TicTocStop, a foundation that funds medical research for children and adults who have Tourette's Syndrome. The foundation also runs Camp Carton, a sleep away camp for kids with Tourette's.

Four-time All Star pitcher John Franco was inducted into the New York Mets Hall of Fame in 2012. He is also a partner in NYC All Star Sports Group (NYC ASG), which he co-founded with Carton and Brooklyn Cyclones Assistant General Manager Gary Perone. A marketing and events company dedicated to building sports in the five boroughs, NYC ASG is responsible for several initiatives, including the Borough Cup baseball tournament, which New York Sports Connection supported in its inaugural year.

"Craig and John have both been working hard to help develop youth athletics in New York City and in doing so have been promoting sportsmanship and fair play," says Aaron Finkel, founder of New York Sports Connection, a local web-based clearinghouse for youth sports resources in New York City. "We're honored that they both see the value in our contest and are willing to serve as judges," he adds.

"New York City is the greatest sports town in the world," says Finkel, a Manhattan resident who is the father of two young athletes. "But too often, it's the players behaving badly who get all the attention. With our essay contest, we want to promote virtues like fair play, self-control, and respect for others, and celebrate stories of good sportsmanship among young people in Brooklyn, The Bronx, Manhattan, Queens and Staten Island."

About New York Sports Connection
Founded by a Manhattan father of two, New York Sports Connection is the premier online resource for families and youth sports organizations in New York City. At NewYorkSportsConnection.com, registered users can search for information on sports leagues, teams, classes and activities, interact with others in the site's online forum, and read the latest news about the local sports community. The site's Weekly Sports Alert email keeps members up-to-date on upcoming deadlines for tryouts, sign-up/registration periods, clinics, camps and other sports-related events.

About CityMD Urgent Care
CityMD has 39 offices throughout New York City, Long Island, Westchester, and the Palisades. CityMD employs expert staff including medical assistants and technicians along with board-certified physicians who are highly trained in treating a wide variety of illnesses and injuries. Locations are open 365 days a year, welcome walk-ins for both adult and pediatric care and accept most major health insurances. For more information on CityMD and a list of locations, please visit www.CityMD.net. 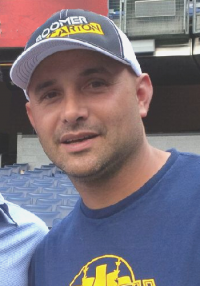 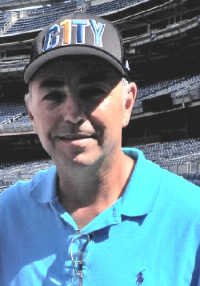