SpawnCandy Gaming Entertainment Is Changing the Future of Online Gaming

The crowd funding phase of the SpawnCandy development project has launched. If successful, Gamers' worldwide will have a new way of socially connecting with each other.

Knoxville, TN -- (ReleaseWire) -- 04/16/2015 --On April 15th 2015 SpawnCandy Gaming Entertainment officially launched their crowd funding campaign for a development project that has potential to change the game in regards to how gamers' socially connect online. The highly anticipated project is now available to view on the crowd funding website Indiegogo. You can find the campaign here https://www.indiegogo.com/projects/spawncandy-development-project.

Established Esports gamers and gaming organizations have been partnering with and promoting the much anticipated SpawnCandy.com development campaign since December 2014. Some of the best freelance developers available have joined their team in 2015 and recently have made multiple announcements on specific features that are planned to be implemented into SpawnCandy.com. Features that are not offered as a complete package on any other gaming website. The SpawnCandy.com website is gearing up to be a one stop universal hub for Gamers' worldwide and of all levels to pull all of their internet profiles to one central location.

With the enhanced functionality and original concepts that are being implemented into SpawnCandy.com it's easy to concede that their road to the mainstream might not be that long at all.

The SpawnCandy Development team has added a perk to their crowd funding campaign that allows the average gamer to join them in the Beta testing phase as well. 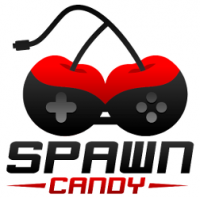