Join author Jane Thompson on a journey through the frustrating, agonizing and deeply personal world of mental illness in her new novel, Applied Biology: A Novel of Bipolar Disorder (now available through Amazon and Kindle)

Georgetown, TX -- (ReleaseWire) -- 04/16/2015 --In a candid style and with compassion for bipolar disorder sufferers, Thompson chronicles the struggles, failures and, ultimate triumphs of her protagonist as she fights for her life as a mentally ill person in a society that believes in the euthanasia of the mentally ill.

"It is the tale of a woman who cheats death and goes up against Hitler, getting those with power to power to speak out against his deadly program," writes Thompson.

Claudia managed to escape the soldiers who were determined to trap and kill her from the asylum. She goes to work to publicize the ugly truth and Hitler is forced to take his killing program underground.

Claudia escapes Germany and goes to England, where she tries to work through Churchill and Eisenhower to stop Hitler's reign of terror. Finally, she ends up in the French Resistance where she fights the battle up close and personal. We do not know the end of Claudia's and her family's story, but it is a tale of Nazi Germany told from a different perspective, from the inside out.

It details the uphill battle to fight and live in a totalitarian society with your life on the life on the line. It is a suspenseful, humanitarian tale told with humor and grace. All the love Claudia shows to the world is enough to make her a courageous and unforgettable heroine.

The target audience for this novel is those who suffer with this diagnosis and those who love those who are afflicted. It will ultimately teach people courage and hope.

About Jane Thompson
Thompson has worked as a social worker, teacher, paralegal and writer. She holds bachelors and master's degrees from the University of Oklahoma. She wrote for the publisher of a political encyclopedia and served as a medical writer for a training corporation. She has had 20 short stories published, has written about bipolar disorder in Sugar and Salt: My Life with Bipolar Disorder, The Rookie's Guide to Bipolar Disorder and Flying Buttresses: A Novel of Bipolar Disorder. 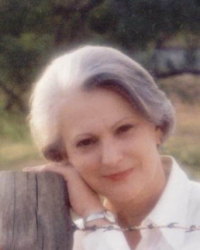