Randolph, MA -- (ReleaseWire) -- 04/20/2015 --American singer, actor, businessman and humanitarian Jimmy Osmond will have one more accolade to add to his resume: an Honorary Doctorate of Arts and Humanities from Iowa Wesleyan College.

"My mother came from a long line of educators," says James (Jimmy) A. Osmond, the youngest member of the celebrated musical Osmond Family. "If anyone ever deserved an honorary doctorate, she would have. She raised eight boys and one girl, and it's an honor to follow in her legacy of education and service. She would have loved to see me get a traditional college degree, but my profession led me in different directions. So I'm especially pleased that Iowa Wesleyan College approached me with this honor. I hope this will encourage my children to pursue higher education since getting a degree is crucial in today's workplace. In fact, getting a degree is critical because it proves a person has the work ethic to be successful."

Yet, as Osmond has found, there's far more to education than getting a diploma. "My father was a man of integrity and hard work. He had amazing 'people skills' as well, and I believe the application of his example led to my success in the entertainment industry and beyond."

When Iowa Wesleyan awards him the Doctor of Arts and Humanities, honorus causa, on May 9 2015, it's an acknowledgment that Osmond's world encompasses so much more than just performing. "Jimmy made his singing debut on 'The Andy Williams Show' when he was only three years old," recounts Steve Titus, president of Iowa Wesleyan College. "It's worth noting, too, that Jimmy earned two gold records in two languages by the time he was nine years old. He was honored by the United States Junior Chamber of Commerce as one of Ten Outstanding Young Americans in 1999. His entrepreneurship has continued on three continents, and he's currently the president of Osmond Entertainment. We chose Jimmy to receive this honorary doctorate because in addition to being a lifelong innovator and entrepreneur, Jimmy has leveraged his fame and success to help create a kinder and more humane world. He is a servant of deep faith, a faith committed to human welfare and social justice."

Osmond's commitment to public service includes his work with an organization that his mother started as the Osmond Foundation in the early eighties. "That foundation evolved into what's known today as the Children's Miracle Network, and I've had the privilege of serving on the Board of Trustees for many years now. But I never caught the passion for the work until my own children were treated at Children's Miracle Network hospitals. It's wonderful to be involved with something that's bigger than you, and nothing is more valuable than helping kids and their families live healthy lives."

The degree will be conferred during Iowa Wesleyan's commencement ceremony on May 9, 2015 at 1:30 p.m. The ceremony is open to the public.

About Iowa Wesleyan College
Iowa Wesleyan College, located in Mount Pleasant, Iowa is a fully accredited, coeducational liberal arts college. Founded in 1842, it has a rich history of innovation in education, pioneering in the sciences, educational opportunities for women and service-learning. The academic program at Iowa Wesleyan combines a liberal arts foundation with education in specific career fields, including art, business, English, music, nursing, psychology, teacher education, among others. Service-learning is integrated into the curriculum, ensuring that all students connect classroom learning with service to others. Internships and other field experience opportunities are part of every major, giving students hands-on professional experience before graduation. In addition to the on-campus academic program offering degrees in a variety of majors, Iowa Wesleyan offers evening classes at area community colleges in West Burlington and Muscatine. A growing online program gives students additional opportunities to earn a degree. 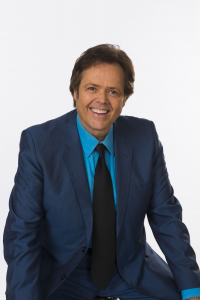