Charanga Tropical has earned the distinction of becoming the first ever American group to be invited to Cuba's International Danzón Festival. The funding requirement for this project is $96,000.

Havana, Cuba -- (ReleaseWire) -- 04/21/2015 --The national dance of Cuba, Danzón is the evolved form of a musical style called contradanza that arrived with French immigrants to Cuba in the 19th century. These immigrants created 'charanga francesa' (French charanga), which introduced the instruments of piano, violin, and flute into Cuban music and combined them with bass and Cuban drums. As the sound and style gained popularity 'charanga francesa' became known simply as 'charanga.'

The International Danzón Festival is a gala event that will showcase world famous charangas such as Orquesta Aragón performing at theaters, nightclubs, and open air venues throughout Havana. In years past the festival has featured many ensembles and dancers from countries such as Mexico, Venezuela, and Colombia. Now, Charanga Tropical is set to become the first American ensemble to participate in the International Danzón Festival.

Charanga Tropical is an eleven-piece ensemble that performs traditional danzones mixed with a spicy variety of modern salsa. This Minneapolis-based group is known for their delightful blending of the old with the new to create a timeless sound, utilizing an instrumentation that dates back to the roots of Cuban music.

For its tour to the International Danzón Festival, Charanga Tropical has assembled an all-star edition of the group that features Minneapolis-based members and different band alumni from Chicago, New York, and Bermuda. They will also be traveling with two professional photographers and two expert engineers to record the shows and capture the images. Music from their festival shows will be later released as the CD 'Charanga Tropical- Live from Havana.'

Charanga Tropical needs to raise $96,000 from external sources to successfully complete this project. With this objective, they have just started a Kickstarter campaign. Proceeds from this campaign will be used for transportation, lodging, meals, CD recording, and artist compensation. This project will only be funded if at least $96,000 is pledged by May 1, 2015.

To find out more about this campaign, please visit http://kck.st/1Io4iWG

About Charanga Tropical
Charanga Tropical was formed in 2006. A dynamic ensemble described as "a musical delight and a visual spectacle" (City Pages), Charanga Tropical began locally but over the past decade has performed at elite nightclubs and major festivals throughout the Midwest. The current all-star lineup set to perform in Cuba features musicians from Minneapolis, Chicago, New York, and Bermuda. 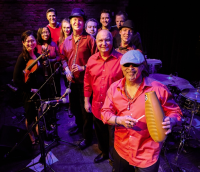 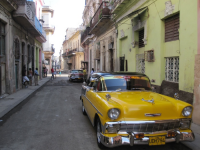 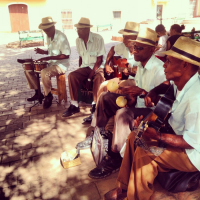 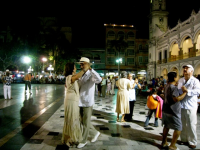