Huelo, HI -- (ReleaseWire) -- 04/23/2015 --On April 25th, 1874, the Impressionist art movement received its name. To honor this anniversary, Huedoku, an app which uses color to enhance cognition, is sharing a collection of color puzzles entitled "Vanishing Boundaries". The colors generated from artworks by Monet, Delacroix, Van Gogh and others, allow Huedoku players to discover insights about visual perception.

"Well, it's a funny impression!" was just one of the dozen mentions of the word "impression" Louis Leroy used in a now infamous review of the first "Impressionist" art show published on April 25th nearly two centuries ago in the satirical Le Charivari. In his review, "The Exhibition of the Impressionists," Leroy says this about Monet's "Impression Sunrise":

"Wallpaper in its original state is more perfect than this seascape."

The tone may have been mocking, but the name stuck. In the new Huedoku color collection, "Vanishing Boundaries", this exact painting "Impression Sunrise" provides the colors for interactive puzzles.

"I imagine Leroy had no idea the lasting impression this art movement would have on the world," says Gabriel Mott inventor of Huedoku. "He certainly missed the great advancement made in understanding vision."

The Impressionist painters at the time were taking their lead for understanding vision from science. The book "The Laws of Contrast Colour" published in 1839 by Michel Eugène Chevreul influenced many of this new group of painters, particularly Eugene Delacroix. Vincent Van Gogh in a letter to his brother called "these laws of colour which Delacroix was the first to use" a "ray of light" and comparing them in relative significance to Newton's law of universal gravitation.

This bridge between art and science is further deepened as neuroscientists are recently discovering the hardwiring in biology responsible for the optical effects that the great Impressionists knew how to utilize two centuries ago. Harvard professor Margaret Livingstone, author of The Biology of Vision, explains that our visual perceptive system is divided into luminance and color, two separate parts of the brain that are "as anatomically distinct as vision is from hearing." Further:

"The Impressionists developed many techniques whose effects derive from the parallel architecture of our visual systems."

By creating the entire Huedoku color collection of Vanishing Boundaries in such a way that every color is the same value (luminance), the puzzles are able to challenge the "luminance" part of the brain to sort different hues. The solution of a puzzle is found by moving color tiles into harmonic order.

"It's little known that the Impressionists' significant advancement in color technique was inspired by science. We hope that in Huedoku, technology, with an appreciation of neuroscience, can make these breakthroughs available for everyone. Color mastery for the masses!" exclaims Huedoku inventor Gabriel Mott.

Huedoku, Corp is currently in the Blue Startups Accelerator Program in Honolulu, Hawaii.
Download Huedoku available for free in App Store for iPads, iPhones and iPods, It is in beta for Android.

The Color Pack "Vanishing Boundaries" created to honor the Impressionists discounted from $1.99 will be free through the end of April 2015.

Explanation of Huedoku in the Brain Zone
Pictures of Huedoku Puzzles Honoring The Impressionists.

Bibliography:
https://www.khanacademy.org/humanities/becoming-modern/avant-garde-france/impressionism/a/how-the-impressionists-got-their-name
http://en.wikisource.org/wiki/Exhibition_of_the_Impressionists
http://www.worldsbestpaintings.net/artistsandpaintings/painting/38/
http://www.askart.com/askart/interest/American_Impressionists_Before_1940_1.aspx?id=21
http://blogs.lt.vt.edu/samclark95/portfolio-2/the-wonderful-world-of-color/van-goghs-use-of-color/
"For, that the laws of colour which Delacroix was the first to use, like Newton did for gravitation, and like Stephenson did for steam - that those laws of colours are a ray of light - is absolutely certain." -Vincent Van Gogh
http://www.webexhibits.org/vangogh/letter/15/430.htm 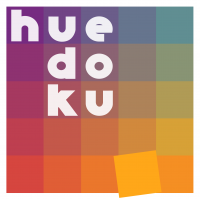 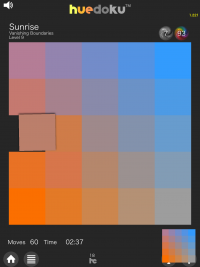