CEO and author Jason P. Jordan Shares with radio host John Cote from the medical tourism show Healthcare Elsewhere How Private Health Insurance Became Key to Access Proper Healthcare for his Wife in Germany during the birth of his twin sons.

Renton, WA -- (ReleaseWire) -- 04/24/2015 --Healthcareelsewhere.com is the creation of host John Cote, a medical tourism show and podcast where Cote interviews Doctors, healthcare experts and patients worldwide who participate in Medical Tourism. Many patients find that the cost, time frame or availability of a particular procedure is too expensive or not available in their country so they travel elsewhere to get their treatment. This can range from cosmetic procedures, to stem cell and cancer treatments or knee or hip replacement surgery as examples. The mission of healthcareelsewhere.com is to educate people globally about the opportunities that exist for them to travel and receive world class healthcare at affordable prices.

John's latest guest is Jason P. Jordan CEO of Barnum Media Group and author of Amazon #1 Personal Online Promotion who is currently living in Germany. US citizens who live abroad, Jason and his wife are currently teachers in the Department of Defense School. With host John Cote, Jason P. Jordan shares the health challenges that his wife had faced during their first 2 years of living in Germany. Find out how Jason P. Jordan's US provided private health insurance became the key for them to be able to get the healthcare they need for his wife during the birth of his twin boys.

Listen to author Jason P. Jordan discuss in his own words how a health care strike in Germany, almost had a catastrophic effect on the health and well being of his wife and two newborn son. Let Jason tell you about the importance of his private health insurance plan and personal relationships with his wife's doctors was key to a successful medical tourism experience. Jason discusses the top 3 things he felt was necessary when seeking what was critical emergency medical treatment aboard for his new family. According to Jason P. Jordan the top 3 keys to surviving a medical crisis aboard are:

1. The importance of having interpreters to get though the language barrier

2. Will your private healthcare policy in the US accept medical documents in a foreign language and be willing to get them transcribed.

3. The value of excellent follow-up and aftercare.

To find out more indepth details of Jason's Top 3 keys, listen to the entire interview by John Cote with Jason P. Jordan at HealthcareElsewhere.com or follow Jason on twitter at twitter.com/jasonpjordan

Aboout Jason P. Jordan
Jason P. Jordan is CEO and founder of the The Barnum Media Group is a new type of media company that offers a publishing and promotion platform wherein small and home-based entrepreneurs, authors, publishers, speakers, consultants and trainers can generate new leads, prospects and paying customers for their business by using cutting-edge internet marketing and digital technologies. Ultimately, Jason envisions not only helping fellow entrepreneurs promote their products and services but, more so, inspiring them to grow their businesses and eventually transform their lives and those of their clients. 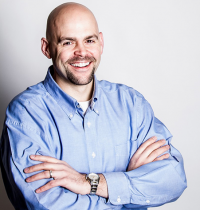