Determined to make a difference in the world one positive quotation at a time, the lifestyle brand Occasional Muse asks for support on Indiegogo. Having launched a campaign to transform their popular Instagram account into a social enterprise, Occasional Muse will continue to encourage followers with a daily dose of positivity. With crowdfunding support it will also provide funding for the education of children in Cambodia, Thailand, Myanmar and Nepal.

Singapore -- (ReleaseWire) -- 04/30/2015 --Suiting up to show up and make a difference in the lives of people worldwide, Occasional Muse launches a crowdfunding campaign on Indiegogo. Zyane Tan, the founder of the popular Occasional Muse Instagram account, has a dream to parlay the sale of inspirational products into financial support for children at risk. While making a charitable difference with the setup of a humanitarian project fund, Zyane will continue to inspire her followers with encouraging quotes. Quotes that can now be purchased on unisex apparel and lifestyle goods.

The popular Occasional Muse account is based on the belief that spreading love and positivity throughout a world on "negativity overload" will change it for the better. Obviously they're on to something as in just five months their followers have grown to number over ten thousand active users. To broaden their reach, Occasional Muse will use their webstore, website, and Indiegogo campaign to sell inspiration on tee shirts, canvas tote bags and notebooks. They will also sell stationary and t-shirts on Indiegogo with their official launch on April 27th. Followers of the humanitarian effort will also be able to purchase mugs, coaster sets and canvas prints with motivational words of affirmation. Ten to fifteen percent of all crowdfunding proceeds will fuel the Occasional Muse humanitarian project fund.

Zyane Tan, founder of Occasional Muse said of the launch on Indiegogo, "Through this fund our team will contribute merchandise, educational supplies, and financial donations to build classrooms and schools for under-privileged children in less developed countries. That's the bigger picture. Still, we'll have the daily ongoing effort to change the lives of those who read our daily quotes. Just by being the bearer of positivity we believe we'll actively create more positivity. And that positivity will change our world."

To find out more about the Occasional Muse Indiegogo crowdfunding project visit http://igg.me/at/occasionalmuse

About Occasional Muse
Occasional Muse is a popular Instagram account numbering more than 10,000 active users whose founder has launched a crowdfunding campaign on Indiegogo. The campaign is designed to support humanitarian efforts in Cambodia, Thailand, Myanmar and Nepal. 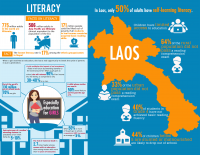