Los Angeles, CA -- (ReleaseWire) -- 05/07/2015 --Nelson Mandela said, "A good head and a good heart are always a formidable combination." It's wisdom such as this that inspires the generations and why MiLLENNiAL Magazine has dedicated part of its online editorial coverage to showcase role models for today's budding entrepreneurs and world changers.

"Our Mentor Series is to pay homage to the great leaders that have paved the path for the millennial lifestyle," said 26-year-old Britt Hysen, editor-in-chief of the digital magazine. "While our platform focuses on the heroes of our generation, we don't want to neglect the heroes of past generations. They have great wisdom to impart, and it's important to remember where we came from."

Social media pioneer and LGBT rights advocate David Bohnett kicked off MiLLENNiAL Magazine's 2015 Mentor Series. Followed by upcoming issues with the exposés of two powerhouse women who have proven themselves in the boardroom and are now sharing their wisdom: Rothenberg Ventures partner Fran Hauser, the former President of Time Inc. Digital (Style and Entertainment), and Jacqueline Saturn co-GM of Harvest Records (a Capitol Records subsidiary), and former Head of Promotions for Epic Records.

David Bohnett, founder of GeoCities in 1994, took the social media platform public, and was quickly acquired by Yahoo! for a head-snapping $3.5 billion. Bohnett has since turned his attention to Baroda Ventures, his private equity and venture capital firm, which seeds early-stage tech investments such as DogVacay, Surf Air and Fab.

"The millennial generation has a much greater sense of the problems in the world and how to contribute to solve those," said Bohnett, who believes millennials' empathy, insight and career skills combine to make a unique formula for change.

A lifelong supporter of the advancement of LGBT community rights and philanthropy, Bohnett also established the David Bohnett Foundation to mentor social activism through scholarships, grants and initiatives in order to develop the next generation's municipal leaders.

Fran Hauser led the acquisition of Moviefone to AOL before becoming the President of Time, Inc. Digital where she brought digital products such as PEOPLE, Entertainment Weekly, InStyle and Essence online. Now a partner at Rothenberg Ventures, a San Francisco-based millennial venture firm, she actively invests and mentors young adults. In particular, Hauser likes to work with enterprising women one-on-one.

Hauser's interest in millennials does not stop there. She's on the board of Young Women's Leadership Network and chairs GlobalGiving, a non-profit crowd-funding platform that has raised more than $100 million for charitable grassroots projects around the world. She also advocates for women and children through the HelpUsAdopt organization – a financial assistance program for prospective adoption families – and for projects such as "Half the Sky," a PBS documentary about gender-based oppression.

Jacqueline Saturn, a 19-year veteran of Epic Records, rounds out MiLLENNiAL's initial Mentor Series trifecta. Now the co-general manager at Harvest Records in Los Angeles, the Nashville native is working with the next generation of unique musicians and projects including Banks, Glass Animals, TV on the Radio, Matt and Kim, The Preatures, and Best Coast.

Because she was mentored by music industry giant Frank Dileo, Saturn embraces her role as a talent developer among dozens of millennial artists. She loves shepherding a pair of other youngsters, too – her daughters, who reportedly adore music as much as their mom. Motherhood and a high-energy career are a juggle, Saturn has admitted, but it's a life she wouldn't change.

"It is incredibly exciting to interview the innovators of the world," said Britt Hysen, a millennial herself. "As young adults, mentors like David Bohnett, Fran Hauser, and Jacqueline Saturn are extremely important and vital to our professional lives. They offer perspective on facing challenges. The beauty of the mentor is to gain knowledge from their experiences, so why not learn from their mistakes?"

About MiLLENNiAL
MiLLENNiAL Magazine is an image-centric digital platform for young adults founded by editor-in-chief, Britt Hysen. With a socially minded Forbes-meets-Life format, MiLLENNiAL curates news and cultural trends and seeks to honor "average individuals with inspirational stories," as well as millennial celebrities, entrepreneurs and activists working for positive change. Debuting in June 2014, MiLLENNiAL added its Mentor Series in 2015 to increase cross-generational understanding and to honor those who paved the path for today's millennial successes. 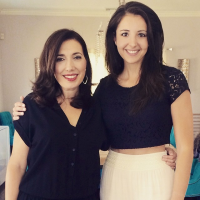 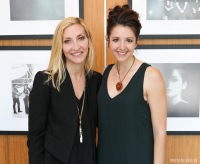