Cleveland, OH -- (ReleaseWire) -- 05/08/2015 --Frank L. Gallucci III, one of the top trial lawyers in Ohio and the founding partner of Plevin & Gallucci Company, L.P.A., has been elected President of the Ohio Association for Justice, the state's largest organization of plaintiffs' attorneys. Elected by acclamation at the OAJ Annual Meeting in Columbus, Gallucci is the youngest President in the organization's 61-year history.

In his new role, Gallucci will lead the organization's Board of Directors and represent Ohio at the national level in the American Association for Justice Presidents Council. He has been a member of OAJ's Executive Committee for five years and has served as President-Elect, Vice President, Treasurer, and Secretary. He is past Chair of OAJ's Workers' Compensation section.

Gallucci's law firm, Plevin & Gallucci, is one of the largest plaintiffs' firms in the state with 17 offices across Ohio, including primary offices in Cleveland, Columbus, and Dayton. The firm has won hundreds of millions of dollars in judgments and settlements for plaintiffs and has a fast-growing, statewide client base.

Gallucci has earned a national reputation for his expertise in workers' compensation, medical malpractice, and personal injury. He has been named to the list of Super Lawyers® in Ohio multiple times, including the Top 100 in Ohio and Top 50 in Cleveland in 2015. In 2012, he was selected by The National Trial Lawyers as one of the Top 40 Under 40 Trial Lawyers in Ohio and selected by Crain's Cleveland Business as one of its 40 Under 40 most successful business and community leaders in Northeast Ohio. He has repeatedly been named one of Ohio's Leading Lawyers by Inside Business and is a lifetime member in both the Million Dollar and Multimillion Dollar Advocates Forum. WILG, a national organization of workers' compensation attorneys, has named him one of the Top 100 workers' compensation attorneys in America.

In recognition of his continued leadership in Ohio workers' compensation, Gallucci was recently reappointed to a second term on the Industrial Commission Nominating Council by Ohio Governor John Kasich. He has appeared on numerous radio and television talk shows discussing how Ohio laws affect victims' rights.

About Plevin & Gallucci
With primary offices in Cleveland, Columbus, and Dayton and a total of 17 offices across Ohio, Plevin & Gallucci is one of Ohio's most experienced teams of legal experts dedicated to the legal rights of individuals. The firm's lawyers work tirelessly to obtain the largest settlements for their clients and are committed to upholding justice for victims of negligence. Plevin & Gallucci attorneys have more than 200 collective years of legal experience and several are recognized in Super Lawyers® and Rising Stars® in Ohio. 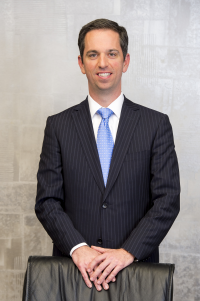