'Born To Be Special' is a rehabilitation center for children with neuromotor impairments. The objective of this crowdfunding campaign is to help them raise the minimum running cost for the remaining part of 2015.

Constanta, Romania -- (ReleaseWire) -- 05/11/2015 --The B2B Special Center for Brain-Injured Children Rehabilitation is an advanced facility in Constanta, Romania engaged in rehabilitation for all brain-injured children. The center started in September 2014, depending entirely on funding from charitable organizations. The center is managed by a Romanian NGO called "Copii Suflete Sperante."

The NGO Copii Suflete Sperante was founded by the families of brain-injured children by donating their time, resources and effort. Before the foundation of this NGO, there was a serious lack of such facilities within the Romanian public welfare system. This organization has been a symbol of resistance against the discrimination and abuse disabled children often face. However, in order to survive and continue, they need funding and public support.

The current funding requirement for Copii Suflete Sperante is at least $ 21,500. This amount is their bare minimum necessity to run the center for the remaining part of 2015. By raising this amount, they will be able to allow their current batch of 38 disabled, little patients to maintain their chances for rehabilitation. Unfortunately, without adequate funding, the center will be forced to close. They have just started an Indiegogo campaign to raise the required fund.

Inviting backers to contribute to this campaign, Drutau Ciprian says, "Your reward is priceless; restoring smile on a crippled face, giving hope to a broken heart; your generous gesture can draw a major impact somewhere in a corner of this world; you can become one of the few flowers among 6 billion leaves in this planet's tree of life. You can change destinies! You can deliver hope!"

To find out more about this campaign, please visit http://bit.ly/1zF49OE

The official website of 'Born To Be Special' is http://www.copiisuflete.ro/centrul-de-recuperare-b2b-special 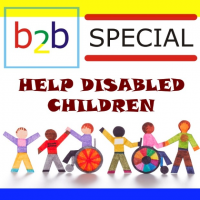 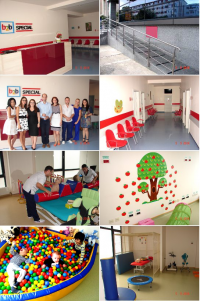