Walley Is the Smartest Member of the Smart Clock Family

Smart Crowdfunding is slated to carry out strategic marketing initiatives for the ‘Walley: The Smart Clock’ project on Indiegogo. This campaign is raising the funds needed to bring a very versatile and state-of-the-art smart wall clock to market.

Edmonton, AB -- (ReleaseWire) -- 05/12/2015 --Walley, a highly versatile and multi-functional smart clock, is being introduced to the public via a crowdfunding campaign on Indiegogo. This campaign has a funding goal of $70,000, which is being raised to bring the newest member of the smart clock family to market. The creators of Walley decided to improve upon the modern smart clock by adding several innovative features, and they are very proud to introduce their creation to the world. The team describes Walley as, "The world's most revolutionary, versatile clock ever. A multifaceted wonder!" and are certain the crowd will agree once they get a chance to see this innovative clock for themselves.

Walley is a smart wall clock that resembles the monitor of a laptop. It features an ultra-bright and crystal clear LED display on an IPS screen, and runs via an external power source, with an internal battery supply in case of power failure. A user can customize the visual display by choosing from different clock faces, themes, brightness levels, etc. in order to more fully personalize Walley. This smart clock not only tells the time but also has a lot of handy features including: a wide-angle camera that functions as CCTV, built in microphone, stereo quality speakers, temperature sensor, micro SD slot for media storage, Wi-Fi and Bluetooth equipped, and much more. Along with all of the great features that are built into this clock, Walley can also play music or other audio feeds, display Facebook statuses, Twitter feeds, newsfeed, sports scores, etc. and has a USB port for syncing purposes. A user can choose what information is displayed on Walley's screen via the mobile or online Walley clock App.

The team behind Walley have been very focused on all of the essential groundwork for this smart clock and they are now ready to make it a reality which is why they have launched their crowdfunding campaign. After this campaign ends, the team plans to shift their focus to finalizing the engineering phase so they can begin the production and manufacturing phases, with a projected shipping date of December 2015 to all of their campaign supporters. As an added bonus with this campaign, the team is offering valuable contributor perks. These perks, which serve as funding incentives, range in value from a "Great Idea" perk that allows a supporter to follow the campaign and receive all of the updates to a t-shirt, or the opportunity to pre-order the Walley Smart Clock at a substantial savings off the regular retail price.

Full details can be found on the Indiegogo campaign page.

About Walley
Walley Smart Clock is the brainchild of inventor Arpit Pradhan and his talented team of experienced individuals. This device is a digital clock that is equipped with several smart features.

To learn more about the Walley: The Smart Clock crowdfunding project Click Here

To contact via email write to Arpit Pradhan at: creaconvergence@gmail.com 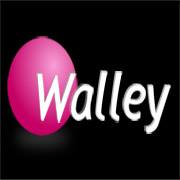 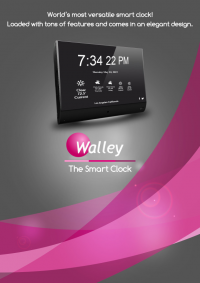 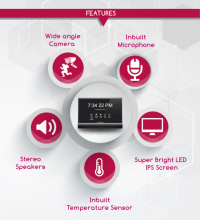