Recognizing the Unsung Heroes of the Millennial Generation

Millennial Magazine confidently thwarts the negative stereotypes associated with the millennial generation and urges readers to change the world.

Los Angeles, CA -- (ReleaseWire) -- 05/22/2015 --Hailed as one of the 'Top 100 Most Influential Digital Media Sites for Millennials' by the White House, Millennial Magazine aims to highlight the positive impact our youngest adult generation has on society and to inspire individuals to take action for a better world.

Millennials are classified as those born between 1975 to 1995 and it is no secret that they commonly suffer from backlash suggesting that they are disconnected from social consciousness, that being unemployed is a choice, and that there is an overall expected sense of undeserving entitlement about them. This negative mindset is what Millennial Magazine wishes to change.

Helmed by 26 year old, Britt Hysen, a journalist and actress who appeared on the first two seasons of Mad Men, Millennial Magazine is dedicated to telling the success stories of the unsung heroes of the millennial generation. From celebrities passionately involved in causes to CEOs disrupting their industries to activists standing up for their beliefs, the magazine highlights the positive social impact of individuals born between 1975 and 1995.

Millennial Magazine is confidently changing the world one step at a time. Its first international cover featured Yao Ming, millennial Chinese NBA basketball star and ambassador of WildAid, a nonprofit organization fighting the world's illegal wildlife trade. The feature successfully raised awareness on the staggering global ivory trade and highlighted the importance of wildlife conservation. From shared posts on social media to participation in activism campaigns, readers the world over chanted in unison on the importance of preserving Africa's biodiversity.

Also featured on the digital platform was Mayukh Ghosh and Raktim Majumdar, documentary filmmakers from India whose mission is to make documentary films a part of Indian mass culture. From southern Asia to the United States, Millennial Magazine has no qualms about featuring incredible people who are flying under the radar yet taking the necessary measures to make their world a better place.

The March 2015 issue of the publication featured Rising Appalachia, two sisters in their 30s who inspire activism through folk music. From spreading the word on the power of locality to encouraging conversations on human rights and equality, the dynamic duo have made it their life's mission to tackle unsustainable issues in a fun, dramatic and sustainable manner. Their story perfectly conveys that there are millennials out there who have the foresight, passion and ability to do something great for the world and not remain apathetic about it.

According to editor-in-chief Hysen and fellow millennial, "We're bringing out the positivity and showcasing the hard work that all the individuals in our generation are doing and we're essentially positioning ourselves to be the Life Magazine of this era. We aim to give insight into who the everyday Millennial is and what they're doing with their life to improve our world."

There is no better way to get the word out on how powerful millennials truly are than through the media. In today's fast paced and color-splashed world, the louder one preaches, the less one is heard. The only way to make a difference is to walk the talk and that is exactly what Millennial Magazine is doing. 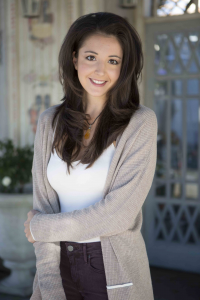 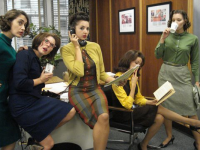 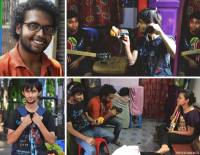