Tokyo, Japan -- (ReleaseWire) -- 05/18/2015 --Between Friday, June 12 and Sunday, June 24, 2015, KWF (Karatenomichi World Federation, http://www.kwfjapan.com) will hold its first KWF Traditional Japanese Karate: US Seminar. Founded by the legendary Karate Grand Master Mikio Yahara, KWF is a Tokyo-based non-profit organization with branches in over 50 countries and territories. The US Seminar is hosted by KWF America (http://www.azshotokan.com), led by Sensei Tom Hyder of Phoenix, Arizona.

While KWF has its roots in Shotokan Karate, participants who are dedicated to the pursuit of authentic Karate, regardless of the particular style, are welcome to attend this seminar.

Via the concept of "Gishin Ichinyo" (Unity of Technique and Mind) found in Budo Karate (Martial Art of Karate), KWF Karate practitioners hone both their mental outlook and physical skills. Recognizing the positive correlation between physical activity and mental agility, KWF will donate all net proceeds of the US Seminar to the Special Olympics of Arizona.

At the heart of the KWF Way of Karate is its five-point kinetic chain of motion dynamics and power transmission, which is focused on a single target, and ultimately released as single overwhelming strike (non-contact basis).

While fundamentally a traditional Japanese martial art, as an expression of what Harvard Professor E.J. Langer and others term "Mindfulness", KWF is unique in its approach to making Traditional Japanese Karate applicable to modern lifestyles. As practitioners master KWF Karate as the art of the single overwhelming strike, they learn to infuse their every moment with such earnestness and decisiveness, which is the key to the art of the Way of Karate and to an enlightened spirit.

KWF is confident that seminar participants will be able to add a new dimension to their understanding of Karate, discover the most efficient ways to generate greatest power, and achieve personal growth in terms of enhanced confidence, well-being, and sense of decorum.

For further information, contact Sensei Tom Hyder by email at tomhyder@azshotokan.com or call +1-602-743-3151. 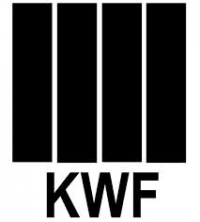 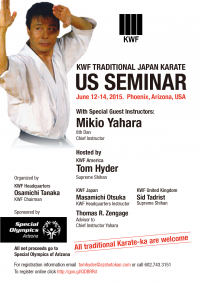