Houston, TX -- (ReleaseWire) -- 05/19/2015 --Judith Camille Jackson, better known as Judi the "Voodoo Vixen" from Oxygen Network's "Bad Girls Club Season 7, is releasing a new book "FOU" on June 11, 2015. The romantic thriller takes place in the swamps of Louisiana, where black magic and paranormal behavior are the norm. "FOU" tells the story of two best friends connected because of their Telekinesis, or as some refer to as "Voodoo." The two friends have a special connection and when one of the friends falls in love the other friend brews up a roué a black magic to get her friend back. This is one of the first books written by Judi as she evolves into the next phase in her career. Because of Judi's big heart and the recent death of the mother all proceeds from the sale of the book will be donated to Lung Cancer Awareness. On March 1, 2015 Judi lost her mother to Lung Cancer and through the donation of the proceeds of the book would like to help with finding a cure to this horrible disease. Judi has always given back to the community through her charitable works and donations with "LaRabida's Children's Hospital" based out of Chicago, which helps children with Sickle Cell Disease (if you would like to make a donation please visit http://www.larabida.org).

About Judith Camille Jackson
Judi's career started as a reality star for the popular show on Oxygen Network "Bad Girls Club Season 7," and because of her popularity Judi landed a spot on the spin-off of the Oxygen Network's third season of the show called "Love Games" in 2011. Judi was featured in the Oxygen Networks "Top 10 BGC OMG Moments", made a guest appearance on "Love Games" season 4 in 2012, hosted "The Judi Juice Challenge," participated on the 2013 "Bad Girls All-star Battle", which was hosted by platinum selling artist Ray J, in April of 2014, "Bad Girls All-star Battle: Most All-star Moments", "Funniest Bad Girls Of All Time", which she won, and Bad Girls Club 13: Redemption. Between Judi's busy schedule as a reality star, Judi has also been a published model, actor (appeared in movies such a "Raven Cravings: The Baltimore Love Thing,") hosted a successful radio show on Jermaine Dupri's Global14.com website, and made a mark in the beauty industry with her "Vixen" brand as an entrepreneur. 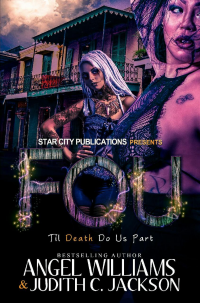