Smart Crowdfunding is slated to carry out strategic marketing initiatives for the ‘World’s Smallest, Lightest and Smartest Portable Generator’ project on Kickstarter. This campaign is crowdfunding to bring the state-of-the-art “GenSmart” to market.

Miami, FL -- (ReleaseWire) -- 05/21/2015 --Jorge Miranda, the co-founder of GeneratorSmart, has launched a crowdfunding campaign on Kickstarter in order to introduce "GenSmart" to the public. This campaign has a funding goal of $50,000, which needs to be raised by June 19th in order to bring this generator to market. Anyone who has ever lived through a hurricane, major storm or other form of disaster knows how critical a generator can be. However, most portable generators on the market today are actually cumbersome, heavy and outdated. Miranda states, "If you currently have a generator, you know that a 1500 watt model weighs about 50 lbs. or more. If there existed a unit that only weighed 12lbs and still provided the same power then the added portability would make it more useful to more people and in more situations." With this idea in mind, Miranda and his co-founder Joaquin de Soto assembled their team of electrical engineers to create a practical generator for the modern era.

The GenSmart portable generator comes in 5 different models: GenSmart 1000, 1500, 1500 Camping Model, 2000, and 2000+, and it ranges in weight from 12lbs to 17lbs, yet still has the same power as the bulkier 50lb models used today. All models are fully automatic, feature electric start/stop switches and use computer controlled hybrid technology. The camping model features solar panels, and the 2000+, which is their fully loaded model, features a smartphone App for iPhone/Android control. This state-of-the-art generator is apartment friendly and can be stored indoors because it uses methanol rather than gasoline. The creators decided to use an alcohol based fuel due to the fact that it is renewable, less flammable, and virtually odor free. Another unique feature is that unlike ordinary generators, GenSmart never wastes power because it is capable of determining whether the battery is sufficient, or if the engine needs to be engaged for a specific need, and it never idles when the power need is low.

The GeneratorSmart team has been working very diligently with all of the essential groundwork for their GenSmart and are now ready to begin the next stages in production and development which is why they have launched their crowdfunding campaign. While their initial funding goal is $50,000, they have a stretch goal of $150,000 which they are hoping to reach. If this happens they plan on donating 5 units to Doctors Without Borders. As an added bonus with this campaign the team is offering several reward levels. These rewards, which serve as funding incentives, range in value from a thank you that allows a supporter to follow the campaign, to a t-shirt or a chance to pre-order the various GenSmart models at a substantial savings off of regular retail price.

Full details can be found on the Kickstarter campaign page.

About GeneratorSmart
The GeneratorSmart team consists of a talented team of experienced professionals and electrical engineers. They have been creating innovative products for over 20 years, with GenSmart being their most recent invention. They were the founders of Deneba Software, and Acertant Technologies.

To learn more about the GenSmart crowdfunding project Click Here

To contact via email write to Jorge Miranda at: jmiranda@tauware.com 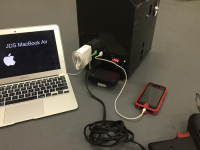 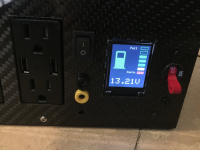 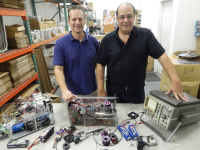