Smart Crowdfunding is slated to carry out strategic marketing initiatives for the ‘Help us raise funds for a Hypermarket’ project on Indiegogo. This campaign is raising the funds needed to open the AB Hypermarket and provide a brand new shopping experience.

Calicut, India -- (ReleaseWire) -- 05/20/2015 --A crowdfunding campaign has been launched on Indiegogo in order to raise the funds needed to bring an exciting new hypermarket to Calicut. This campaign has a funding goal of $150,000, which needs to be raised so the team can open the doors to their AB Hypermarket and begin offering the citizens a new shopping experience. The team decided that crowdfunding was the best avenue for fundraising because they want the community to be a part of the entire process, since the hypermarket is being built for them. They state, "Not only do we want our community to feel like a part of this process, we invite you to give us feedback and ideas and help us perfect our concept."

Retail and real estate are both great avenues for helping a community grow and blossom. AB Hypermarket will give the economy in Calicut a great boost, while providing a new shopping option for the people. Not only is the team hoping to provide an exciting new shopping experience for everyone, they also hope to get the community actively involved. They are asking for feedback to help them create the best store possible. The public can get involved from the ground up by vocalizing what type of store they would like to see, and what they would like the store to feature. They are hoping the crowd embraces their idea and shows their support because "the more people get behind the project, the easier it is to kick-start our project."

The AB Hypermarket team has completed all of the essential groundwork for their store, and have a solid business plan in place. They are ready to launch the next phase in making this a reality which is why they have launched their Indiegogo crowdfunding campaign. All monies raised with this campaign will be put into opening the AB Hypermarket, even if the goal is not met. The team plans to raise the initial funding for the project through bank loans and personal investments, with the remainder being raised through this campaign. As an added bonus, they are offering several funding perks. These perks, which serve as funding incentives, range in value from a $25 Supporter Perk, to Volunteer status which includes a mention in the online portfolio, Founder status that features a photo on the founder's wall, etc. Each perk features a different acknowledgement reward level. There is even the opportunity to become a business partner with a contribution of $510. Full details can be found on their Indiegogo campaign page.

About AB Hypermarket
AB Hypermarket was founded Babeesh in Calicut, India. Babeesh is a Software Analyst with a leading retail company. His dream is to make AB the number 1 choice for best prices and quality products. They are opening their first supermarket in Calicut.

To learn more about the crowdfunding project Click Here 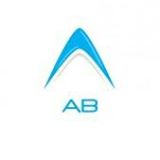