BILL ENGVALL: Actor/Comedian Is Coming to the ANDY WILLIAMS THEATRE

Branson, MO -- (ReleaseWire) -- 06/09/2015 --Top Comedian BILL ENGVALL will be performing in BRANSON at the ANDY WILLIAMS MOON RIVER THEATRE September 26, 2015 at 8:00 PM. ENGVALL, one of the best and the busiest in the business, has the unique quality of sharing humor in everyday situations - enabling him to connect with audiences all across the country. He was part of the enormously successful "Blue Collar Comedy" concert films, which sold more than 9 million copies and are some of the most watched movies and specials in Comedy Central history. Bill has hosted numerous television shows, including the game show "Lingo" for GNS, "Country Fried Videos" and "Mobile Home Disasters" for CMT, as well as several award shows. He had a three episode arc on the TNT show "Hawthorne," narrated a documentary for the Speed Channel on Darrel Waltrip, and starred in the Hallmark Channel movie "Kiss at Pine Lake." A star of the big screen as well, Bill has appeared in several films including "Strawberry Wine" with Christina Ricci, "Bed & Breakfast" with Dean Cain, and "Delta Farce" with Larry the Cable Guy.

A native of Galveston, Texas, Bill moved to Dallas and worked as a disc jockey with plans of becoming a teacher. While in a nightclub one evening, Bill decided to try his hand at stand-up comedy and quickly found that making people laugh was truly his forte. Soon after, he decided to move to Los Angeles to pursue television opportunities. First there was a Showtime special, "Pair of Jokers" with Rosie O'Donnell, followed by hosting A&E's "Evening at the Improv," and appearances on both "The Tonight Show" and "The Late Show with David Letterman." In 1992, Bill won the American Comedy Award for "Best Male Stand-up Comedian." After appearing in episodes of "Designing Women," Bill went on to portray Buck Overton on the ABC sitcom, "Delta," starring Delta Burke. Bill also starred in the NBC series, "The Jeff Foxworthy Show," where he played Jeff's best friend. 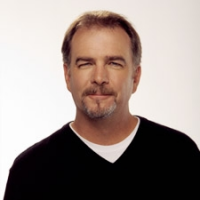